A plethora of leading athletes – who, between them, have won 34 gold medals at senior global championships – will compete at the NYRR Millrose Games on 14 February in New York.

Also lining up for the sprint hurdles will be Aleec Harris, Jeff Porter, Jarret Eaton and Greggmar Swift.

“What could be better than the in-form Ashton Eaton, the world’s greatest athlete, taking on two world champions David Oliver and Jason Richardson in the 60m hurdles?” said meeting director Ray Flynn.

Eaton will double up in the long jump, in which he will face 2012 world indoor triple jump champion Will Claye, while his wife Brianne Theisen Eaton will contest the 60m hurdles against NCAA champion Sharika Nelvis.

Olympic 400m champion Sanya Richards-Ross, having not competed indoors since 2012, will line up against NCAA indoor champion and US indoor record-holder Phyllis Francis over two laps of the track.

The Wanamaker Mile is a permanent fixture at the Millrose Games. So too is Bernard Lagat, so it seems, having won the race eight times.

In the other middle-distance events, former world junior champion Ajee Wilson goes in the women’s 800m, while 2012 world indoor 1500m champion Abdalaati Iguider takes on world and Olympic 800m finalist Duane Solomon as they meet in the middle of their specialist distances to tackle the 1000m.

Galen Rupp’s toughest opposition in the men’s 5000m could come from his own training group. The Olympic 10,000m silver medallist will take on Japanese record-holder Suguru Osako and Canada’s Cam Levins.

World indoor pole vault record-holder Jenn Suhr won at the Millrose Games in 2012 before going on to win Olympic gold that year. That was the second of three victories at this meeting for the 33-year-old and she will be looking for another on 14 February when she vaults against compatriot Mary Saxer and European silver medallist Ekaterini Stefanidi. 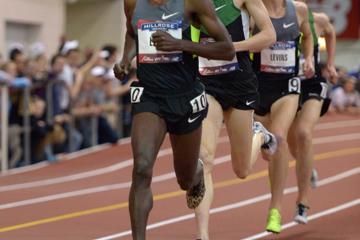 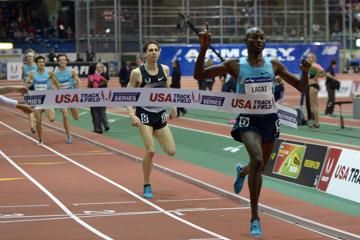 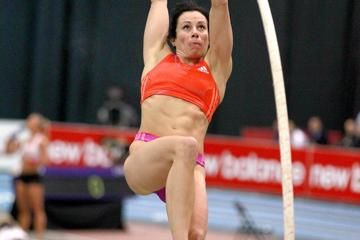