The 31-year-old will contest the International Team Challenge race over 8km, while compatriot and European cross-country champion Gemma Steel will lead the British women's team in Edinburgh.

“I'm looking forward to returning to the Great Edinburgh XCountry to kick off my season,” said Farah, who will be making his 40th British senior appearance since his debut in 2003.

"For many years I ran cross country to build my base for the summer track season, and it will be nice to return to Edinburgh and try to repeat my winning run of 2011 there.”

Steel, who won her title in the Bulgarian town of Samokov on Sunday, will head to Holyrood Park looking for a repeat performance of 2014 when she won the senior women’s race by nine seconds.

Alongside Steel in the Great Britain team will be the winner of the European under-23 title, Rhona Auckland, while the European junior cross-country silver medallist Jessica Judd will move up to the senior ranks for the first time in her cross-country career.

“It’s great to see such depth in the GB & NI team heading to Scotland for the Great Edinburgh XCountry next month," said British Athletics' head of endurance Barry Fudge.

“With the great performances in Bulgaria combined with a number of strong additions to the team, I am confident that we can be competitive against what will be strong American and European teams.”

In the men's international 4km race, USA’s Garrett Heath will face a strong line-up in the defence of his Edinburgh title including Kenya’s two-time world 1500m champion Asbel Kiprop.

Kiprop prevailed in the Edinburgh mud in 2012 but was one of those pedigree contenders surprised by Heath in 2014 and finishing third.

The Kenyan became the youngest ever senior men’s world cross-country champion when he triumphed as a 19-year-old in Bydgoszcz, Poland, last year.

The Kenyan contingent in the 4km race also contains the two Commonwealth 1500m champions: James Magut, who won at the Commonwealth Games in Glasgow this summer, and Silas Kiplagat, who was victorious at the previous Games in 2010.

Kenyan steeplechaser Jairus Birech, the fastest man in the world over the barriers in 2014, will also be on the start line, along with the prodigious Ethiopian teenage talent Yomif Kejelcha, who won the 5000m title at the IAAF World Junior Championships in Eugene, Oregon, this summer.

At the other end of the age spectrum is the USA’s remarkable Bernard Lagat, who turned 40 on 12 December, and the former world champion will also be on the start line in the Scottish capital. 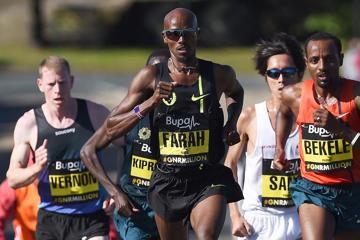 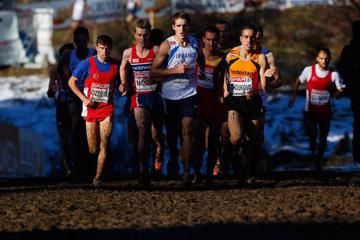