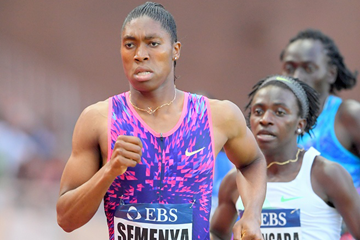 Organisers of the Herculis meeting have announced that nine of the winners from the first two legs of the 2018 IAAF Diamond League will be in action in Monaco on 20 July.

World champion Mutaz Barshim is one of five winners from the IAAF Diamond League meeting in Doha whose participation in Monaco has been confirmed. The Qatari high jumper won on home soil with a world-leading 2.40m and will be looking to jump higher as the season progresses.

World and Olympic 800m champion Caster Semenya won the 1500m in Doha with a South African record of 3:59.92. In Monaco she will step back down in distance to her specialist event.

After setting a meeting record of 4.84m in Doha, world indoor pole vault champion Sandi Morris will line up against world and Olympic champion Katerina Stefanidi in Monaco.

Marie-Josée Ta Lou will return to the scene of her 200m triumph last year, only this time she’ll be competing in the 100m, having clocked a world-leading PB of 10.85 in Doha.

IAAF Diamond League champion Noah Lyles, who won the 200m in Doha with a lifetime best of 19.83, will be making his debut appearance in Monaco.

In addition to the star performers from Doha, four winners from the IAAF Diamond League meeting in Shanghai will also be in Monaco.

World and Olympic champion Omar McLeod will contest the 110m hurdles. The Jamaican will be keen to make up for his one previous appearance in Monaco in 2016 when he fell in the closing stages.

The women’s shot put in Monaco will be held on the eve of the main competition at the prestigious Port Hercule. World champion Gong Lijiao, who won in Shanghai with a world-leading 19.99m, is the first big name confirmed for that discipline.