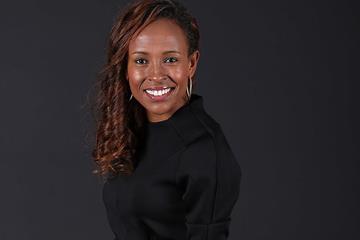 Ahead of Saturday’s 2013 World Athletics Gala in Monaco, Ethiopia’s 2013 IAAF World Championships 5000m gold medallist Meseret Defar reflected on her 2013 season, her future as a marathon runner and football when she spoke to the press on Friday (15).

“I started the year by running indoors but I wasn’t in my best shape. After that I started the summer at the Diamond League meeting in Shanghai, but that wasn’t so good.

“In Oslo, at the Diamond League there, I was in much better shape; then I ran my best at the World Championships. I ended the year with a Half Marathon PB (1:06:09 in the Great North Run in September).”

Defar, now 29, made winning the gold medal look easy in Moscow, regaining the 5000m World title she won in 2007, with two bronze medals sandwiched in between the two victories. She admitted that after her win in Osaka six years ago, despite still getting on the podium in Berlin and Daegu, she had some slight mental and physical problems at those two championships.

“At the past few championships I was sick and felt the pressure which affected my results; but this year I tried not to think about the pressure, which helped me run better.

She has also won the 3000m four times between 2004 and 2010 at the IAAF World Indoor Championships and, after a silver medal in Istanbul last year, she wants to once again stand on top of the podium at the next edition, which will be held in the Polish city of Sopot next March.

“I still want to run indoors. I like running indoors so I will try to win another gold medal at the World Indoor Championships.”

Of course, having improved over the Half Marathon this year, there were the inevitable questions about when she will make her debut over the full distance.

“I’m not exactly sure when I’ll do a Marathon. In future I will definitely run one, but I won’t leave the track. I’m still strong on the track so I want to continue, but I have plans to do a Marathon.”

“In Ethiopia, if runners go straight to the Marathon if they are not strong on the track, but I am not going to change running on track for the Marathon.

In 2007, Defar won the World Athlete of the Year but it’s well-known that she is also a big football fan and this year, as she is not on the three-women shortlist for the World Athlete of the Year, she admitted that on Saturday she will be slightly distracted earlier in the day by the Nigeria v Ethiopia World Cup qualifier, which could see her country qualify for the finals for the first time.

“I like football and have been following what the Ethiopian team has been doing. Last year we got to the African Nations Cup finals for the first time in more than 30 years and this was very important.

“I have been to big matches when I have been in Europe. Some years ago, I went to Chelsea versus Barcelona. I have also been to see Bayern Munich but in Ethiopia I watch the international matches on TV,” she confirmed, suggesting that she will be looking for coverage of the game on the internet during her sojourn in Monaco.