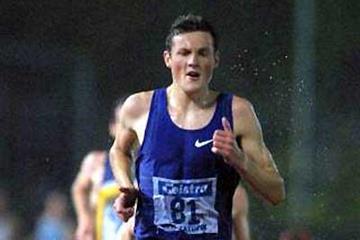 World Cup 3000m champion Craig Mottram yesterday smashed the Australian 5km road running best at Noosa in what he expects is the start of a barrier-breaking summer for him.

The first Australian male ever to win an event at the IAAF World Cup when he ran off with the track 3000m in Madrid in September, the tall Victorian yesterday clocked 13:43 to clip 3 seconds from the previous best set by Andrew Letherby in Providence, Rhode Island four years ago.

"My nickname is `Buster' and that's what I want to do: bust records,'' Mottram said after the race while sunning himself at Noosa beach on Queensland's glorious Sunshine Coast.