The IAAF’s female athlete of 2014 Valerie Adams laid down the gauntlet to her shot put rivals on Friday (3), just 24 hours before she makes her first appearance of 2015 at the Meeting Areva IAAF Diamond League event in Paris on Saturday (4).

The world and Olympic shot put champion will be defending the longest winning streak in world athletics, a string of victories stretching back over five years and 56 meetings, as she returns to competition at the Stade de France following serious elbow and shoulder operations 10 months ago.

Despite a few post-surgery doubts, the New Zealander is determined to keep her winning sequence going and sent a defiant message to this year’s world leader, Christina Schwanitz, one of three athletes who have thrown beyond 20 metres this season.

“I don’t want to put pressure on myself,” said Adams. “It should be a fun competition here – the weather’s great, the crowd in Paris is always very good, so I’m looking forward to it.

“But of course the objective is to win. It’s great to see that the standard of women’s shot putting has gone up, it’s great for the event going forward because the level’s not been too flash in recent years. It’s great that we now we get to push each other.

“As for Christina, she’s throwing very well this year but she’s not come up against me yet. The competition is not over till it’s over.”

Asked whether she was concerned about getting back to full fitness following the surgery, Adams said: “Well, they moved a nerve in my throwing arm and took some bone out of my shoulder. I couldn’t throw a tennis ball after the surgery – that was scary. Now, 10 months down the line, I’m all good, but it does play on your mind a bit.

“After major surgery any athlete will wonder if they can come back. It was my right hand, my throwing hand, the most important bit of my body, so it does give you doubts.”

With Schwanitz’s world lead at 20.77m, Adams admitted she has “a mark in mind” for tomorrow’s meeting, but added: “It’s not something I’m going to tell anyone else. I’m just going to do the best I can. My objective is to win and continue my winning streak.

“But to be honest, it’s almost like a lottery tomorrow. I will just do the best I can then see what happens. I’ve had a very good run, but tomorrow is out of my control.

“This is late in the season for me to start, but after the surgery it is the right time. I feel like I’m ready to start competing now.

“Tomorrow will be a very big day for me. Training has been going pretty well but I really don’t know what’s going to happen. We’ll see who steps up.

“I still have the competitive edge but it’s a very long time since I’ve competed so I’ll be interested to see what happens.”

Adams described being named athlete of the year alongside French pole vaulter Renaud Lavillenie last November as “the icing on the cake for 2014”, but insisted it had not affected her appetite for competition.

“It was fantastic for me, and also the first time two field eventers have won athlete of the year, which was great. I felt like I was representing all throwers.

“But that was last year. I try not to think about it now. I have to take things at my own pace. Winning a Diamond League event is important but it’s not the most important meeting of the season, that’s the World Championships.”

Adams will be seeking her fifth straight world title in Beijing this August, and has already set her sights on a third Olympic gold in Rio next summer. But she admitted that pushing her ailing body to its limits is becoming harder each season and she may not continue beyond 2016.

“The biggest goal is Rio then I’ll re-assess beyond that,” she said. “My dream is to get to the Gold Coast Commonwealth Games [in 2018] and retire after that. Obviously, that’s just a hop, skip and jump from New Zealand so it would be fantastic to be there.

“But the body might give up before the mind. I’ll keep pushing forward till the body says no more. I’m still enjoying what I do, I still have a smile on my face, and that’s half the battle.” 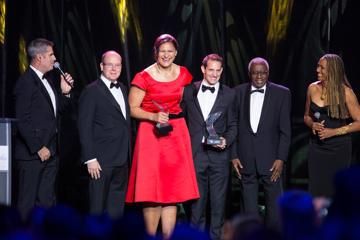 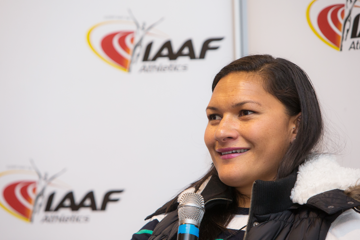 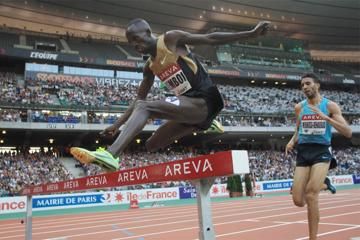 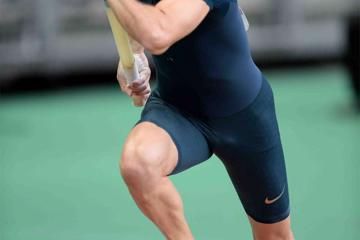