The press conference ahead of the IAAF World Junior Championships, Oregon 2014 (© Getty Images)

Some of the world’s best junior athletes from beyond the borders of the USA met the media in Eugene on Monday (21) at the official press conference for the IAAF World Junior Championships, Oregon 2014.

Spain’s Ana Peleteiro will defend the women’s triple jump title she won at the age of 16 on home territory in Barcelona two years ago.

“I have been through a lot of changes in the last year, moving to Madrid, starting my university life and some minor injuries; but I have adapted well.

“I love Madrid. I live at INEF (the Spanish high-performance institute) and even though near where I live there are lots of great places to go out as a student, I am very dedicated to my sport and so I don’t go out very much.

“I am not in my best shape, but I have the drive to defend my title here. I had a tough last year when I was injured. My parents are coming on Wednesday and that will give me a lot of confidence. This is my first competition in the US and we have good medal chances.

“After Eugene, I will prepare for the European Championships in Zurich and then have some holidays, including visiting my family in Galicia (on the north west coast of Spain).”

Sweden’s Sofi Flink also won at Barcelona 2012 and is the defending champion in the women’s javelin.

“It would be great if I could defend my title and expand javelin’s popularity in Sweden, especially among women. Javelin is not as popular as in Finland or the Czech Republic, from where both world record holders come from.”

When asked about the possibility of following fellow Swedish athletes, particularly throwers, who have taken up scholarships to US universities, Flink said that she prefers to stay home.

“I have had offers and we have talked about it, but we have the best opportunities in Sweden, also in Finland. It feels good to stay in Sweden.”

At last year's IAAF World Youth Championships, Australia’s Matt Denny took gold in the discus and bronze in the hammer.

“I have been training in this area for the past three weeks, getting used to the climate and getting everything perfect for the competition. We started in Vancouver before moving to Eugene.

“Compared to the World Youth Championships, Eugene is a different set up. I am more confident after Donetsk and I feel more comfortable in an English speaking country.

“Hopefully I will get a big throw and get the crowd cheering. It is unfortunate that we will not have the hammer in the main stadium, but I am sure there will be a great atmosphere and the world record could be broken.

“It is way too early to decide between the discus and the hammer. I could have chosen to compete in the Commonwealth Games but the World Junior Championships is very special.

“I watch all the Diamond League meetings, but Eugene is my favourite. I love the track here and I’ve already tested the discus circle and it’s a great throwing environment.

Ethiopia’s Dawit Seyaum is the fastest junior in the world this year over 1500m and is the world youth silver medallist over the distance.

“There is always a great expectation every time we wear the Ethiopian colours in international events. I follow the daily training program designed by my coach and I am aiming for good results here.”

BACK
Pages related to this articleAthletes
Sofi Flink 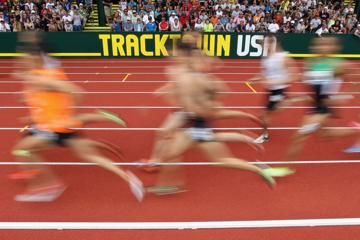 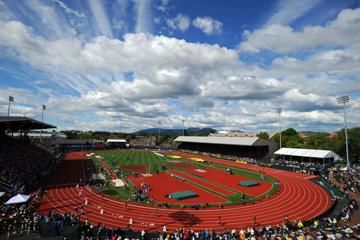