Back on home soil, Americans ready to dig deep for gold

For Team USA, the waiting is finally over.

Though 29 years have passed since they got the chance to represent their country on home turf at a senior IAAF track and field championship, 58 of their athletes are relishing the chance to do so again when the IAAF World Indoor Championships Portland 2016 begin on Thursday (17).

Four of those athletes – Ryan Hill, Marquis Dendy, Brenda Martinez and Michelle Carter – spoke to the media in downtown Portland on Wednesday (16), and for the most local of all their competitors, the event can’t come soon enough.

“It’s cool to be the home favourite,” said Ryan Hill, who lives and trains in the city. “My home is two miles away. I look out my bedroom window and see the spires of the Oregon Convention Center, and it’s weird.”

Hill won the US 3000m title last weekend with a powerful finishing burst, and he’s hoping to use that speed to good effect in this weekend’s event. “There’ll probably be some guy who wants to make a really hard move in the middle of the race, and I’ll just have to be ready,” he said. “Hopefully I’ll feel good enough to go with it. I want my highest finish at a global championship.”

Though Hill will rank as an underdog against the might of the East African contingent, his teammate Marquis Dendy will be an overwhelming favourite for gold in the men’s long jump. The 23-year-old shattered his personal best when winning the US indoor title with a best of 8.41m last weekend, and he’s not ruling out a tilt at Carl Lewis’s indoor world record of 8.79m when he takes to the runway this weekend.

“Last weekend it was really hard to adjust my approach because the runway is really fast, and it took until the fifth jump to do 8.41m,” he said. “I’ll be able to hit my marks earlier this time and have more time to get the last 38cm. I’m definitely setting my eyes on all world records.”

Dendy is hopeful that the capacity crowd which is expected at the Oregon Convention Center will propel him to both a personal best and gold medal this weekend. “Sunday is going to get really, really crazy,” he said. “I feed into the crowd. I need them to help me get those big jumps. I’ve just got to execute and focus on my runway speed and approach.”

While Hill and Dendy are still young enough to have several more championships ahead of them, 30-year-old Michelle Carter knows chances like this – particularly on home soil – are limited.

“Being one of the oldest on the team, I’ve been here for so long so I have that experience,” she said. “I enjoy passing it down, because I want to see Team USA do well, want to see the athletes do their best.”

Carter tops the world lists with 19.49m, which she threw to win the US title last weekend, but she believes an improvement is needed if she is to ascend to the top step of the podium in Portland. “All the women are coming to compete, so it’s going to take a little more,” she said. “I need to put my game face on and get ready for a great competition.

“The world is coming to our house. When we go to other countries and see people winning at home, you see how special it is when they get that love, so to win here would be really special.”

For Brenda Martinez, who is based further south in Big Bear Lake, California, a big part of a home championship will involve friends and family being able to cheer her on in person. “I’m definitely excited,” said Martinez, who will compete over 1500m this weekend. “My family and neighbours get to watch, so once I step on the line I’ll be thinking about them. You feel that support, but at the end of the day you just want to compete and do your best. All I can promise is that I’ll give it my best.”

The championships begin at the Oregon Convention Center on Thursday evening with the men’s and women’s pole vault finals, and will conclude on Sunday afternoon. 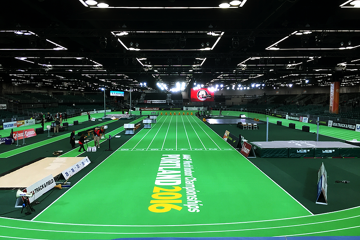 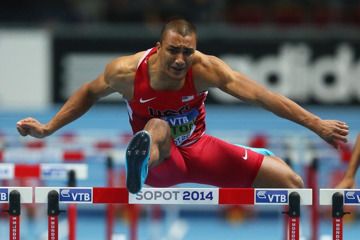 58 athletes will represent USA in Portland... 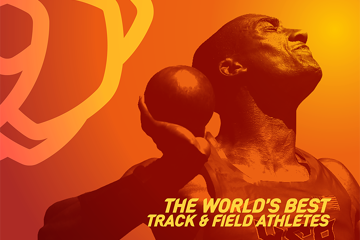 Nearly US$2.5 million at stake in Portland... 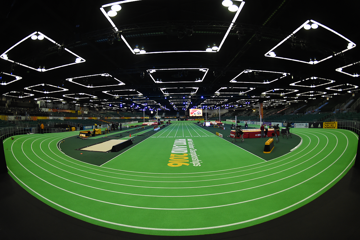 Follow all the action at the IAAF World Indoo...