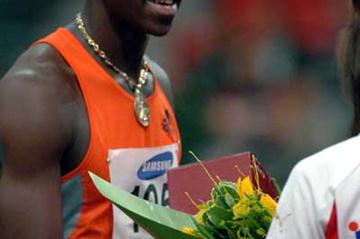 Cuba’s rising star Dayron Robles ended the first part of his training for 2007 as he made his debut over 110m Hurdles this with a clear victory in 13.35 seconds at the Rafael Fortun National Meeting in Camagüey, some 530km east of Havana.

That was Robles’ first official outing of the year outdoors after winning for his six races indoors, when he set the world season’s best time over 60m Hurdles (7.38) to beat China’s Olympic champion Liu Xiang.

“I am happy with the time. My coach asked me to give it all out to assess how my training is going. I am satisfied. I am bit jetlagged after participating with my coach at the National Sprints and Hurdles Clinic in France last weekend.  I will take a short break before resuming training at the end of March”, said CAC Games champion Robles.

“Logic indicates that we should have a better year, according to his results indoor”, said Robles’ coach Santiago Antúnez.

Daimí Pernía, the 1999 World champion, won her heat on the 400m Hurdles in 59.57, but did not run the final. Recovering from a minor muscle contraction sustained while training in Jamaica, 2005 World 800m champion Zulia Calatayud preferred not to risk and did not run on a hard surface track.

In the flat sprints, Omar Cisneros confirmed himself as one the country’s most promising athletes with his 46.05-second victory in the 400m. William Collazo (46.46) and Clauder Garzon (47.44) were distant second and third, respectively.

The meeting paid tribute to Rafael Fortún, the three-time CAC Games 100m champion and the first 100m gold medallist at the inaugural Pan American Games in Buenos Aires, in 1951.