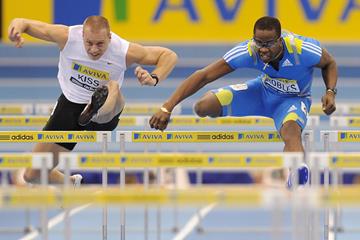 Organisers of the Russian Winter meeting have revealed the names of more athletes set to compete in the men's 60m hurdles at the IAAF Indoor Permit meeting in Moscow's CSKA arena on 1 February.

Robles has twice before raced indoors in Moscow, finishing second on both occasions. The first time was when winning the world indoor 60m hurdles silver medal in 2006. He returned to the Russian capital last year when he finished runner-up at this meeting.