The 40th edition of the Prefontaine Classic on 31 May, an IAAF Diamond League meeting, has put together a superb men's shot put field which will feature every global championship gold medallist since 2011, the meeting organisers announced on Wednesday (12).

USA’s world indoor champion Ryan Whiting and Germany’s two-time world champion outdoors David Storl will rekindle a regular rivalry but will be meeting for the first time ever on US soil at the historic Hayward Field, which in July will also be the venue for the IAAF World Junior Championships.

Overall, the two strongmen have clashed 10 times in their careers since they first met at the 2011 IAAF World Championships, which Storl won, with Whiting currently holding a 6-4 edge.

Whiting, 27, produced the longest effort of 2013 at 22.28m and the 2010 Arizona State University graduate is now looking to repeat his indoor gold from 2012 at the upcoming World Indoor Championships in Sopot, Poland, next month.

Both Whiting and Storl have already been in great form this indoor season.

The names in Eugene include the consensus top six male putters in the world last year, according to the 2013 end-of-season list.

Poland’s two-time Olympic champion Tomasz Majewski will also be battling with Whiting and Storl, along with the USA’s Reese Hoffa.

Hoffa was the 2007 World Championships and 2006 World Indoor Championships gold medallist and the winner on the past two occasions the shot put was contested at the Pre Classic, in 2011 and 2012.

Canada’s Dylan Armstrong and the emerging Czech talent Ladislav Prasil will also be in Eugene. 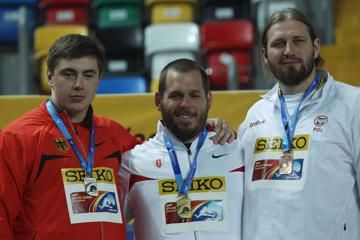 Storl no longer a one-hit Shot wonder after d... 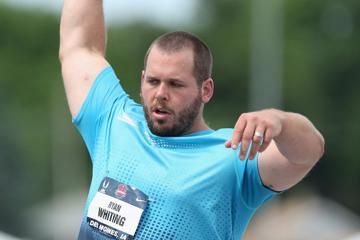 Whiting is the big daddy of the Shot...