World champions Dafne Schippers and Mutaz Essa Barshim will be making their debut appearances at the 57th Ostrava Golden Spike, an IAAF World Challenge meeting, on 13 June, organisers have announced.

"It's great to be in Ostrava this year," said Schippers, who successfully defended her world 200m title in London last year. "It is my first time and I always hear such positive stories about this amazing meet. I want to experience this myself now and perform very well there!"

Schippers will compete in her specialty in the Czech city, which later in the summer will host the IAAF Continental Cup.

A strong men's high jump clash has also been announced with Barshim, the world champion and World Athlete of the Year, taking on Danil Lysenko, who upset the Qatari in Birmingham last month to capture the world indoor crown.

"I am very much looking forward to my first visit in Ostrava," Barshim said. "It will be one of my few competitions outside of the Diamond League. Of course I will be going for the meet record of 2.33m and some more!"

Last year the meeting featured a Czech Republic vs Germany match in the men's javelin. The follow-up this year pits a Czech squad against a world select team.

"I gladly will return to Ostrava," said Vetter, who has already thrown beyond 90 metres twice in 2018. "I'm looking forward to meeting our Czech rivals, we are one big family. The 94.64m meet record by meeting director Jan Zelezny is a top result and tough to achieve, but always one good throw could happen." 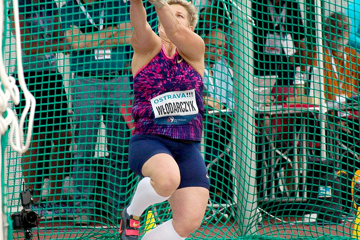 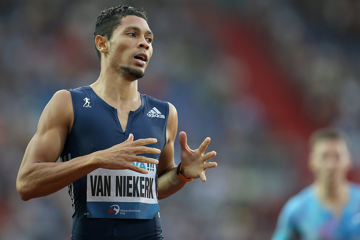