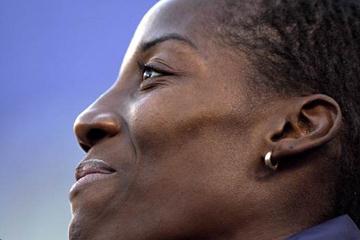 Seminar looks ahead to "Century of Women"

Fiona May, the British born Italian international who won the World Championship long jump title in 1995, called on her fellow women athletes to unite and work hard in the future to improve the lot of women athletes in the sport.

May, one of the guests speakers at the International Athletic Foundation’s Seminar: "From A Great Past to an Even Brighter Future: Women’s Athletics on the Eve of the New Millennium" made an impressive presentation (her first in front of an audience) describing her experiences as an elite athlete, and urged greater efforts from her fellow performers: "Sometimes as athletes, we fail to appreciate all the work that is going on behind the scenes to improve women’s rights. This Seminar has really opened my eyes. I believe that women athletes - especially if they could be led by someone who is nearing the end of their career - could form some sort of union and then work forcefully together. If we speak forcefully I am sure we could achieve a lot. Maybe I have discovered a new career opportunity!"

May’s words were an example of the type of emotive but well thought out opinions, that were the hallmark of the two days of Seminar discussion. No fewer than 95 delegates were registered … representing IAAF federations from every Continental Area … and their curiosity and commitment to the cause of equal rights were evident in their lively questions.

There was a poignant moment at the start of the second day when Session Chairwoman, Nawal El Moutawakel, called for a minute’s silence in tribute of Florence Griffith-Joyner. The 100m/200m world record holder, who died on 21 September, was also featured twice in an exhibition of photos to celebrate Women in Athletics which was on display in the Lobby of the Seminar venue, and was mentioned in numerous speeches describing the evolution of women in our sport. Her enduring influence will outlive the ugly rumours provoked by irresponsible journalists.

Three of the most thought provoking presentations - from USA Track & Field CEO Craig Masback, former Olympic 200m silver medallist Grace Jackson, and Chris Horrigan from ISL (the IAAF’s Marketing Partner) - stressed that many potential sponsors now accepted that women are increasingly responsible for purchasing decisions - and so, if anything, women’s athletics would increasingly be seen as important in commercial terms with regard to high profile events with television coverage - thus benefiting the entire sport. Figures show that while women lagged behind men considerably in prize money stakes in pro-sports like golf and tennis (50 and 60% respectively) - athletics offered women exactly the same rewards as men. In 1998, the athlete who earned most from IAAF Competition Awards was a woman - Marion Jones.

For this reason - and many other sociological, political and economic reasons which were examined at length by the speakers - it is fair to say that while 1998 could be called the Year of Women in Athletics, the next Millennium could well begin with the Century of Women in Athletics.