Erica Jarder, Brittney Reese and Tianna Bartoletta at the press conference ahead of the IAAF Diamond League Meeting in Stockholm (© Deca Text & Bild)

On the eve of the IAAF Diamond League meeting in Stockholm’s Olympic Stadium, organisers of the DN Galan meeting on 21 August were proud to announce the involvement of 18 recently crowned continental champions – 10 from the European Championships in Zurich and eight from the African Championships in Marrakesh.

All three European medallists are involved in the women’s long jump, and the presence of two of USA’s finest in Olympic and world champion Brittney Reese and Tianna Bartoletta, who has the top four marks in the world this year with a best of 7.02m from the Oslo IAAF Diamond League, means the event will be one of the most competitive on the programme.

Bartoletta, the surprise 2005 world long jump champion, was forced to switch to sprinting in 2007 after a serious knee injury, but has returned to jumping this year, despite initial fears that her speed as a specialist sprinter would be too much to control on the runway.

“The 2005 win was a surprise to everyone except me,” said Bartoletta. “In 2006 I tore the cartilage in my right knee and broke the patella. After I recovered I still wasn’t able to set up jumps in the way I needed to, and it became more discouraging. I thought in the meantime, ‘maybe sprint?’

“I got really fast, so when I got back to the runway after seven years away, I was way too fast. It was scary. Because the faster you run on the runway, the faster that last step has to be.

“But the reason I came back was I did a short stint on the US bobsleigh team as brakewoman, and I realised pushing a bobsled on an ice track running just as fast on the runway while launching myself into the back of an accelerating bobsled is way more frightening than taking the penultimate step of a long jump!”

Reese, joint third on this year’s world list with 6.92m, explained that she has been taking this year with no big championships to work on a new technique on the runway.

“Even though I jumped 7.25m last year, I felt I wasn’t where I needed to be on the runway,” said Reese. “Everyone knows I’m the Queen of Fouling! It’s something I’m trying to change, and as I have no major championships this year I’m trying to experiment.

“I used to just run, and use my speed. Now I do a four-step walk which helps me get speed up quicker. And on the take-off board I am trying to limit my natural dip, and to be taller.”

Tori Bowie, second on this year’s world list for the women’s 200m with 22.18, will meet her US compatriot Allyson Felix, the Olympic champion, on the Stockholm track. Like Bartoletta, she too initially established her reputation as a long jumper. But she has also had the best advice on how to harness her speed to the long jump if she wants to return, having roomed with Bartoletta at this year’s IAAF World Indoor Championships in Sopot.

“She explained to me why she stopped jumping, and gave me a little advice,” Bowie recalled. “That’s the reason I’m taking a break from the long jump because I can’t handle the speed I’m at right now – but on the off season I will definitely work on it.

“The long jump has been my main event, but I guess because I ran a decent time in 60m indoors this year I thought I should maybe try to sprint more in the outdoor season.”

Felix said she felt she had been “playing catch-up” this year after her hamstring injury in last year’s IAAF World Championship final, but added: “The passion is still there. You have to cope with difficult things like injuries, and as time goes on your journey changes. But I am looking forward to a pretty intense period of competition in the next three years.”

Jenny Simpson, who will contest the women’s 1500m with a field including two-time world indoor champion Genzebe Dibaba, Sweden’s European 5000m champion Meraf Bahta, their European 1500m silver medallist Abeba Aregawi and the woman who beat her to the line in Zurich, Sifan Hassan of the Netherlands, accepted that the strength of the event was now making it comparable to the men’s high jump.

“It is a uniquely exciting time for women’s 1500m running,” said the USA’s 2011 world champion, whose best of 3:57.22 has her second on the world list this year behind Hassan’s 3:57.00. “Not just in terms of talent, but the depth of the talent. Nobody knows who will win. There is no strong, heavy favourite.”

Aregawi said: “I haven’t been running so well recently so I hope I am going to be better in my next race. I am happy for the other Swedish runners like Meraf and Charlotta Fougbourg. I had the good time, now they are coming up.

Hassan said she had been training with Bahta in St Moritz and Flagstaff, Arizona. “It’s good to train together because we can push each other and help each other,” she said. “Meraf is a very strong athlete. She never gives up.”

Simpson, meanwhile, has been training with her US compatriot Emma Coburn, who has improved her PB four times this year in the 3000m steeplechase, beating Simpson’s US record of 9:12.51 with her 9:11.42 at the IAAF Diamond League meeting in Glasgow.

“I hope to run another PB or close to it here,” said Coburn, who believes she and her training partner will stick with their current events. “There’s no rivalry in the steeplechase between us, and at 1500m she is head and shoulders above me – she’s run eight seconds faster!”

Reflecting on her European silver, Sweden’s Charlotta Fougberg said: “I didn’t take the gold, but silver was very big. I have been happier every second after the race, and many people told me I did well. I had a really good session yesterday. Now I want to improve with every race.”

“I have the possibility of staying unbeaten during all the year, and that is a major goal for me,” he said. “My jump of 5.90m in Zurich showed I was in good shape and able to be at a high level. Over the next couple of weeks, I hope to clear 6.00m.

He added that the foot injury he suffered in trying to go further than his world record of 6.16m in Donetsk on 15 February had now cleared up.

“After the injury I was two weeks without putting my foot on the ground. I was back to vaulting well by the end of February, but it took two months to feel good, as I was still jumping with a little bit of pain in my foot. But since the beginning of July I have been without any pain in my foot.”

Jeff Henderson of the United States, winner of the men’s long jump at three IAAF Diamond League meetings this summer, is back to maintain his unbeaten run this season after suffering a minor injury when winning in Lausanne with 8.33m.

“I bruised my heel and had to pull out of the Monaco Diamond League because it was getting worse,” he said. “I went back to San Diego for rehab and it is way better now. I am ready to return to competition.”

Henderson added that, like Reese, he had altered his technique this year: “I started hitching this year, so I have changed that, and my landing. I used to hang most of my career.”

Galen Rupp will use the men’s 5000m as another tactical test as he attempts to prepare himself for the future challenge of the World Championships and Olympics.

“This year I really want to work on my tactics, on winning races, especially when it is a slow race with a fast ending,” he said. “There are so many talented runners in the 5000m and 10,000m that people are hesitant to go out to the front because they know there will be four or five behind relaxing and getting ready to go out in a sprint finish, so it’s tough.”

Maria Kuchina of Russia, women’s high jump silver medallist behind Ruth Beitia in Zurich, said she was happy with her result, but added that she had wanted gold.

“I will keep training, and next year I will be better,” she said. “I knew it would take 2.00m or more to win in Zurich.”

Meanwhile home jumper Emma Green is approaching this event in hope rather than expectation: “It’s been a tough year,” she said. “It’s as good as it can be after several months of really bad back injuries.”

BACK
Pages related to this articleAthletes
Tianna Bartoletta 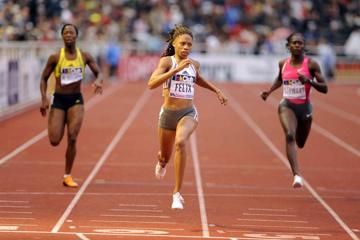 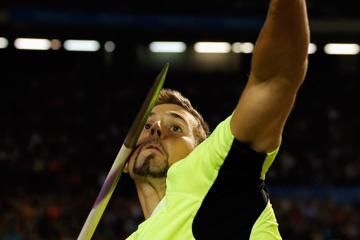 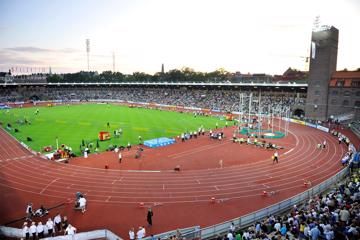 Stockholm provisional entry lists, as at 19 A... 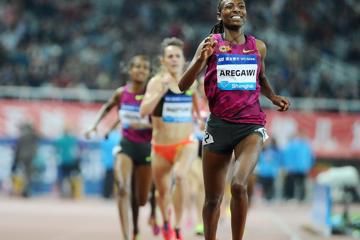