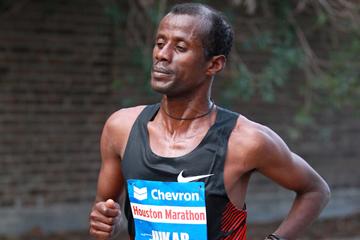 Once again athletes from across the planet will converge upon Ottawa for the Tamarack Ottawa Race Weekend on 25-26 May for the 10km and Marathon – both of them IAAF Silver Label Road Races – and among them will be a large contingent of Ethiopians.

Half a dozen Ethiopians are part of a group trained in Addis Ababa by renowned coach Haji Adilo and managed by Hussein Makke, who is based in Pennsylvania. By the end of the weekend their presence will no doubt be felt.

Despite the nation’s extraordinary long distance prowess, no Ethiopian man has ever won the Ottawa Marathon.

The 28-year-old Jufar is among a group of roughly 100 athletes who are part of Haji’s training group in Addis. Several times a week they meet to run and to push each other to greater fitness. The competitiveness on display is conducive to world-class running, and all of their training is done at altitudes of 2500m and above.

Of the several choice locations in which to run, Jufar says he prefers running along the forest trails in Sululta, which is a 20-minute drive from downtown Addis. It is a popular spot for many top Ethiopian athletes. Indeed, Kenenisa Bekele, the current 5000m and 10,000m World record-holder, owns two hotels in the small town and legendary runner Haile Gebreselassie is a partner in a training centre there called Yaya Village. It is along these trails that Jufar and his compatriots have trained recently in preparation for the various city Marathons.

“I’m well prepared and have been running 160km a week,” said Jufar. “I am in shape. It depends on the weather and course. If it is fine then I will look for the course record.”

Kenya’s Laban Moiben set that record (2:09:12) a year ago. Jufar set a course record at the 2012 Houston Marathon running a time of 2:06:51. Although he relies on Makke to provide race details, he is aware that the field includes one other man, Kenya’s Nathaniel Kipkosgei (2:06:28), who has also broken 2:07 for the Marathon distance. Several others are knocking at the door.

Like many of his compatriots, Jufar has benefited from the great Marathon-running tradition in Ethiopia. He singles out two-time Olympic 10,000m champion and former Marathon World record-holder, Haile Gebrselassie, as a great influence.

“I was born in Debre Zeyit and started living in Addis nine years ago,” said Jufar. “My family still lives there in the town. I started running after seeing Haile and the other athletes at the World Championships and Olympic Games.”

Ottawa will be Jufar’s 18th Marathon since he debuted in 2007. But he is lucky to be able to compete at all. In 2009, while out training on a busy road in Addis, he was struck by a car and rushed to hospital with a broken neck. The accident came at a time when his career was starting to flourish. Did he ever believe it was the end?

“Never!” he says. “My coach Haji Adillo and my family and friends encouraged me to continue. Now I want to represent my country at the World Championships as well as the Olympics.”

Jufar knows the Ottawa field will be deserving of its IAAF Silver Label status and it won’t be easy. But this is the man who battled back from that horrific accident to finish second at the 2010 Los Angeles Marathon and win the Beijing Marathon last year.

He is a tough competitor who will give everything to emerge victorious and collect the $20,000 first place prize. And, if he’s successful it will be grounds for great celebration among Ottawa’s Ethiopian community. After all, writing history is what Ethiopian runners enjoy most.