Athletics fans will experience an unforgettable night on 10 May at Qatar Sports Club stadium at Doha 2013, the opening leg of the IAAF Diamond League, as ten reigning Olympic champions and 14 current World champions have signed up to the meeting’s long entry list.

In the men’s events, 800m World record-holder David Rudisha leads a pack of five male London winners. The group also includes Triple Jump talent Christian Taylor from the USA, who will pay his first ever visit to Doha, two-time Olympic Shot champion Tomasz Majewski from Poland, and Nesta Carter, a member of the great Jamaican 4x100m squad which smashed the World Record with a time of 36.84.

London’s golden quintet is rounded off by surprise Javelin winner, Keshorn Walcott from Trinidad & Tobago. Walcott was still a junior when he upset the event’s top names to earn an unexpected Olympic title for a nation mainly known for its world-class sprinters.

In the women’s events Allyson Felix, the IAAF female athlete of 2012, returns to Doha to aim for an 11th win in the Qatari capital. The American will contest the 400m, an event she has not raced since taking silver at the 2011 IAAF World Championships, and she will face the winner from that occasion, Amantle Montsho, 2008 Olympic champion Christine Ohuruogu and Francena McCorory.

Also opting to skip on her speciality event will be two-time Olympic 100m champion Shelly-Ann Fraser-Pryce, who will line up in the 200m.

Last year in London, long jumper Brittney Reese secured the only major title she was missing. In Doha, she will aim to maintain her unbeaten run on Qatar soil, after two clear victories in as many appearances indoors and outdoors.

The Olympic champions’ roster is complemented by Sandra Perkovic, the 22-year-old discus thrower from Croatia who will this year be looking to add the World title to her tally, after capturing Olympic gold in 2012, two European senior titles (2010, 2012) and one European junior crown in 2009.

The Doha 2013 line-up also includes several reigning World indoor champions, including US sprinter Justin Gatlin, who will run the 100m in Doha, Morocco’s Abdelaati Iguider  in the 1500m, USA’s Ryan Whiting in the Shot, and  Ethiopia’s Genzebe Dibaba in the 1500m. 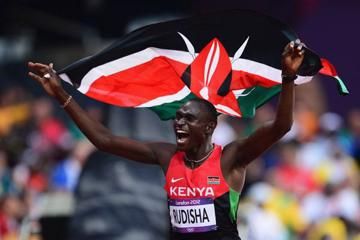 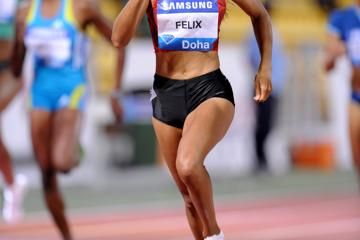 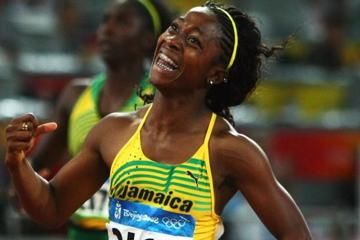