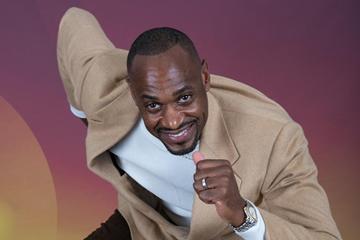 The IAAF Centenary weekend will be seeing some of the world’s biggest stars of the present and past grace the celebrations. We put Kevin Young, the 1992 Olympic 400m hurdles champion and world record-holder, under the spotlight and asked him 10 quick-fire questions, a few serious, a few fun, on Friday (23).

Who is your favourite athlete of the past 100 years?

Kevin Young: Can I pick two? It was Edwin Moses and Herald Schmid. The battles they had in the 400m hurdles inspired me early in my career. But there are so many great 400m hurdlers like Britain’s 1968 Olympic champion David Hemery.

What has been your favourite athletics moment of the past 100 years?

KY: I look at Edwin’s 1976 400m hurdles win at the Olympic Games in Montreal on YouTube all the time. If I want to smile, I look at Allen Johnson’s run in the 110m hurdles heats at the Athens Olympics in 2004. I’m sorry, I can’t help it, he was running so fast but then it went wrong and he went under a hurdle. He was almost decapitated.

Do you look at your own races on YouTube?

KY: In fact, I even upload my own races, if they are not there. It’s not being arrogant, I hope, I want to help youngsters understand the event. I also still look at other races by Edwin (Moses) and Harald (Schmidt).

Where do you see your event in 100 years’ time?

KY: I’m not sure but hopefully no one will have run faster than 46.78.

Have you been back to Barcelona since your Olympic triumph?

KY: Only once before today, in 2006. I was at the Cannes Film Festival and we drove around the coast to visit the city again. It was nice to actually see the city properly, I never had the chance in 1992.

Why not, didn’t you have plenty of time to go sightseeing in 1992?

KY: Before the competition, I was just focused on what I had to do and then the day afterwards, having just broken the world record, I just got on a coach which went to Monte Carlo for a meeting there.

But you must have got a couple of good souvenirs other than your gold medal?

KY: I think the best one is a flag of Barcelona football club. I like soccer and follow their fortunes.

We’ve already established that you are a film buff. How many times have you seen Chariots of Fire?

KY: Well, a 400m hurdler is an important character in it. I watched it a few times when it came out, it’s quite inspirational, all that running on the beach. However, I’ve seen a lot more things in it the last one or two times I’ve watched it.

What is the one thing you would like to see changed in the sport?

KY: I think young people coming into the sport have to be a lot more aware of its history. I talk to so many people who don’t know who Ed Moses is, who Andre Phillips is, who Danny Harris is, or even who Kevin Young is. I definitely knew who I was running against in my races.

As an Olympic champion, world champion and world record-holder, what still gives you a thrill in athletics?

KY: At heart, I’m still a track fan so coming to an occasion like this and getting the opportunity to meet people like Dick Fosbury and Harrison Dillard makes me just tremble in my boots.