Tickets for the 2014 IAAF World Junior Championships at Historic Hayward Field in the US city of Eugene will go on sale to the general public on 13 February, organisers announced on Tuesday (3).

The six-day meeting, which will be staged in the USA for the first time, will be held between 22-27 July.

Demand for tickets is expected to be high with the world's top teenage athletes expected to be in action in front of capacity crowds at the famous stadium, which also stages the annual IAAF Diamond League meeting in Eugene.

All-session passes and weekend passports will be the first ticket packages that will be made available to the public.

The all-session pass provides access to the entire meeting, including the opening and closing ceremonies. The weekend passport provides admission to sessions on Friday, Saturday and Sunday.

Single-day tickets will go on sale in late spring next year.

“There is an incredible amount of enthusiasm for bringing the IAAF World Junior Championships to the US for the first time ever,” said TrackTown USA president Vin Lananna. “We are confident it will be the ultimate TrackTown experience for the athletes and fans.”

It will perform those duties at the 2015 USA Outdoor Track & Field Championships, the 2016 IAAF World Indoor Championships in Portland, and the 2016 US Olympic Team Trials.

The IAAF World Junior Championships will be held in conjunction with several other exciting events – an expanded Oregon Track Club all-comer’s meet, 5km community run, a high-performance track meet, and Eugene Marathon and Half Marathon – in one gigantic celebration of running known as ‘Run TrackTown’.

“We want to connect the dots between little kids that run, between top-end competitions like the World Junior Championships, and all the various events leading into the Eugene Marathon,” added Lananna. “It’s going to be one fantastic weekend.” 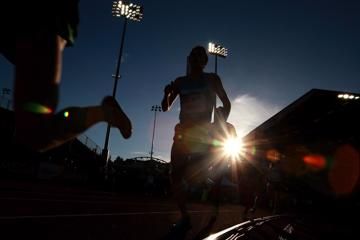 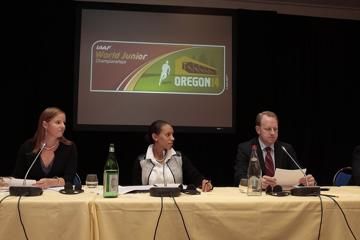