The ‘PSD Bank Meeting’ returns to Düsseldorf on February 8 for the eighth edition of the meeting and one of the expected highlights will be the men’s 800m.

The field includes the last three winners of the PSD Bank Meeting in Düsseldorf. Kszczot, the fastest man in the world during last year’s indoor season, set a meeting record of 1:45.44 in 2012. Second on that occasion, Lalang won in Düsseldorf one year prior, while Borzakovskiy was the victor in 2010 and 2008.

Three of the men in the field – Borzakovskiy, Lalang and Kitum – boast sub-1:43 PBs outdoors. Since winning the ‘B’ race in Düsseldorf last year, Lopez went on to win European indoor bronze before clocking a lifetime best of 1:43.74 outdoors.

“With Kszczot, Lalang, Kitum and Borzakovskiy competing in Düsseldorf, there are no fewer than four of the world’s fastest six athletes from the 2012 indoor season,” said meeting director Marc Osenberg. “This field really is world class and will be another highlight of the PSD Bank Meeting.” 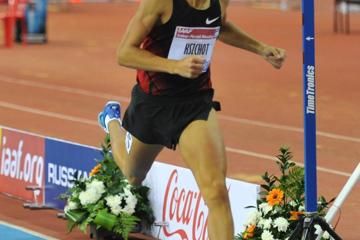