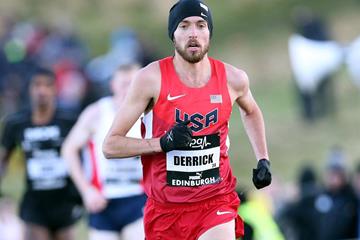 Chris Derrick, the winner of the international team race at the 2014 Great Edinburgh XCountry, will return to the IAAF Cross Country Permit meeting on 10 January to defend his title and lead the US team.

Derrick was part of the silver-medal-winning US team at the 2013 IAAF World Cross Country Championships after finishing 10th in the senior men’s race. One year later, he was a comfortable victor in Edinburgh, winning the international team race by the margin of 10 seconds, and then went on to win the US cross-country title.

USATF and Jon Mulkeen for the IAAF

US team for Edinburgh