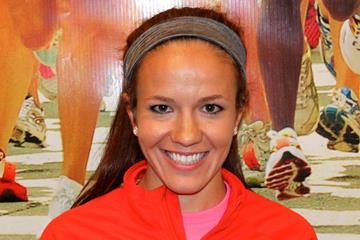 It has been a decade since the last US woman won the famous Freihofer’s Run for Women in Albany, New York state, but this year there is a cadre of talented US distance runners looking to break this lengthy drought at the IAAF Silver Label Road Race over 5km on 31 May.

With a 5km road best of 15:30, Amy Van Alstine is a definite contender who is peaking at just the right time.

The 24-year-old University of Richmond graduate won the US Cross Country Championships over 8km in February against a talented field that featured two-time IAAF World Championships 1500m medallist Jenny Simpson.

“Amy had a terrific year in 2013 and proved she is among the very top American distance runners,” said Freihofer’s event director George Regan. “Last year she was our top American and placed fourth with a time of 16:01. We know she’ll be looking for an even stronger finish in 2014.”

Last year’s second-best US woman, Megan Hogan, will also be looking to take things up a notch on the rolling, picturesque course.

Now 26, the graduate of George Washington University has been in fine form on the roads in the USA recently.

Hogan, a local fan favorite, will also be joined on Madison Avenue by last year’s third-placed US finisher, and the top domestic runner in 2012, Michelle Lillenthal.

In addition, Jen Rhines, a three-time Olympian and upstate New York standout who has become one of the nation’s most versatile distance runners, will be on the start line.

Now 39, Rhines has won national titles on both the track and the roads, and represented the USA over 5000m, 10,000m and the marathon in the Olympic Games.

“It is encouraging to see such a large group of American athletes willing to mix it up with the best in the world,” said elite athlete recruiter John Tope. “We are thrilled to have American elites who have broken into the top 10 in the past returning to compete on the streets of Albany this May 31.”

Another US runner sure to be in the spotlight is Melody Fairchild, who won the junior women’s bronze medal at the 1991 IAAF World Cross Country Championships. She is the only US junior woman to have won a medal at the championships and has never stopped being involved in the sport, remaining a popular and inspirational figure in US road running.

“Fans of the Freihofer’s Run for Women will remember Melody’s string of successful appearances here as an open athlete, including her fifth-place finish in 1997,” added Regan.

“Now that she’s competing as a master, she has continued to show that she remains a serious force to be reckoned with.”

The event has more than US$28,500 in cash prizes, including US$10,000 reserved for the first woman to cross the finish line at the Empire State Plaza.