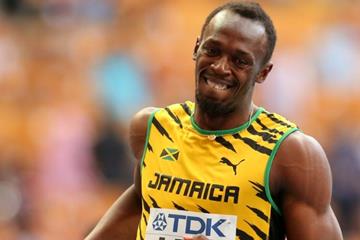 Jamaica's sprint star Usain Bolt has been voted the AIPS Best Athlete of the Year for the second year in a row, and the fourth time in total, following his other wins in 2008 and 2009, announced the International Sports Press Association (AIPS) on Monday (29).

A panel of 470 sports journalists from 96 countries voted in this year's poll.

Bolt, the IAAF World Athlete of the Year, received an overwhelming 1282 votes, 30.24% of the vote, followed by Formula One world champion Sebastian Vettel on 499, and Real Madrid's Cristiano Ronaldo on 437.

The women’s award, like in 2012, went to US tennis player Serena Williams, who received 915 votes.

The winner of the One-Day Sporting Event award was the UEFA Champions League Final, while the 2013 IAAF World Championships won the Major Championship category, following on from its predecessor Daegu 2011 which won the Best Press Facilities award two years ago.

AIPS for the IAAF