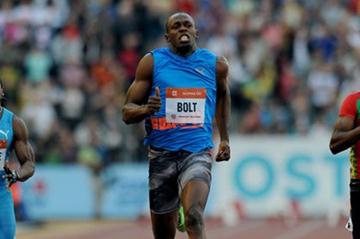 Bolt to compete in Poland for the first time

The fastest man on earth, Usain Bolt, will compete over 100m at the fifth edition of the LOTTO Kamila Skolimowska Memorial on 23 August.

The multiple world record-holder and world and Olympic champion has never competed in Poland before. The meeting, which began in 2009, is held to remember Polish hammer thrower Kamila Skolimowska, the 2000 Olympic champion.

“I’m looking forward to running in Poland for the first time,” said Bolt. “I have never raced in a football stadium before so that will be something new and unique. I like to support new events and help grow the sport all over the world.”

This year’s meeting will take place on a newly-laid straight track down the side of the infield area in Warsaw’s National Stadium, which has a capacity of 58,500 seats.

The meeting is organised by Kamila Skolimowska’s Foundation, which helps athletes to recover from serious injuries.