Three of the most prominent athletes in the sport are the latest stars to join the fields for the adidas Grand Prix in New York, an IAAF Diamond League meeting, which on 14 June will be the 10th year of bringing the world’s top athletes to Icahn Stadium, organisers announced on Wednesday (23).

David Rudisha, Shelly-Ann Fraser-Pryce, and Valerie Adams – who own five Olympic gold medals and 14 IAAF World Championships titles between themselves – will all be returning to New York.

One of the premier track-and-field events in the world, the adidas Grand Prix has hosted two world records and 15 national records in its first nine years, and its spectators have had the privilege of witnessing almost a dozen performances that were the fastest ever recorded on US soil.

Rudisha is the Olympic champion, 2011 world champion and 800m world record-holder at 1:40.91. In his US debut at this meeting in 2012, the Kenyan sent the crowd into a frenzy with a stunning final lap that saw him stop the clock at 1:41.74, the fastest time ever run in this country.

Adams, 29, is a two-time Olympic gold medalist and four-time world champion in the shot put, and the New Zealander has not lost a competition in more than three years, a streak of 46 straight victories going back to August 22, 2010.

So too will USA’s Olympic silver medallist Erik Kynard and Qatar’s world indoor champion and world silver medallist Mutaz Essa Barshim in the men’s high jump. They will join the previously announced Bohdan Bondarenko of Ukraine, the 2013 world champion, for what promises to be among the best high jump competitions ever seen in the USA.

Michael Tinsley of the USA and Javier Culson of Puerto Rico will contest the 400m hurdles. Tinsley and Culson were the 2012 Olympic silver and bronze medallists respectively, and have three World Championships silver medals between them: two (2009, 2011) for Culson and another (2013) for Tinsley.

Click here to take part in the Fantasy Diamond Race 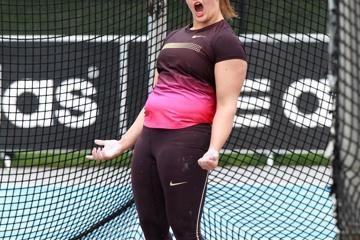 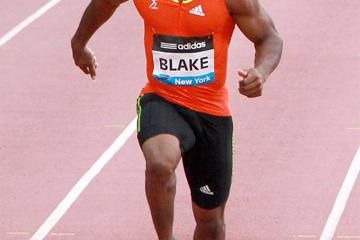