The original Wanda Diamond League calendar had us basking in the Italian sun this Thursday evening, as the world's top athletes descended on Naples for a slightly different edition of Rome's Golden Gala meeting.

Instead, we have been forced to wait a few months before elite athletics can resume again, and where better to wait for the action to begin than in the call room?

In the latest edition of the Diamond League's lockdown series that airs at 18:00 on Thursday (28), we look back at some of the greatest moments in the last ten years of the Rome Diamond League, and check in on some of the athletes who made those moments happen.

World champion Obiri talks about her stellar performance in Rome in 2017, when she set a new Kenyan record of 14:18.37 which still stands. The Kenyan star told us she intends to go even faster in the future.

Long jump star Mihambo enjoyed a breakthrough season in 2019, clearing seven metres for the first time in Rome before rampaging to the Diamond Trophy later in the year. She tells us why meditation and travel are the secret to her success.

US new kid on the block Donavan Brazier, meanwhile, also kickstarted his arrival on the global scene with a win in Rome, before sweeping up the Diamond League title and racing to world gold at the end of the season. He tells us why he's determined to prove that 2019 was "not just a fluke".

Meanwhile, organisers of the Golden Gala, which has been rescheduled for 17 September, will take place in Rome after all, at the Stadio dei Marmi, or Stadium of the Marbles, adjacent to Rome's Olympic Stadium. 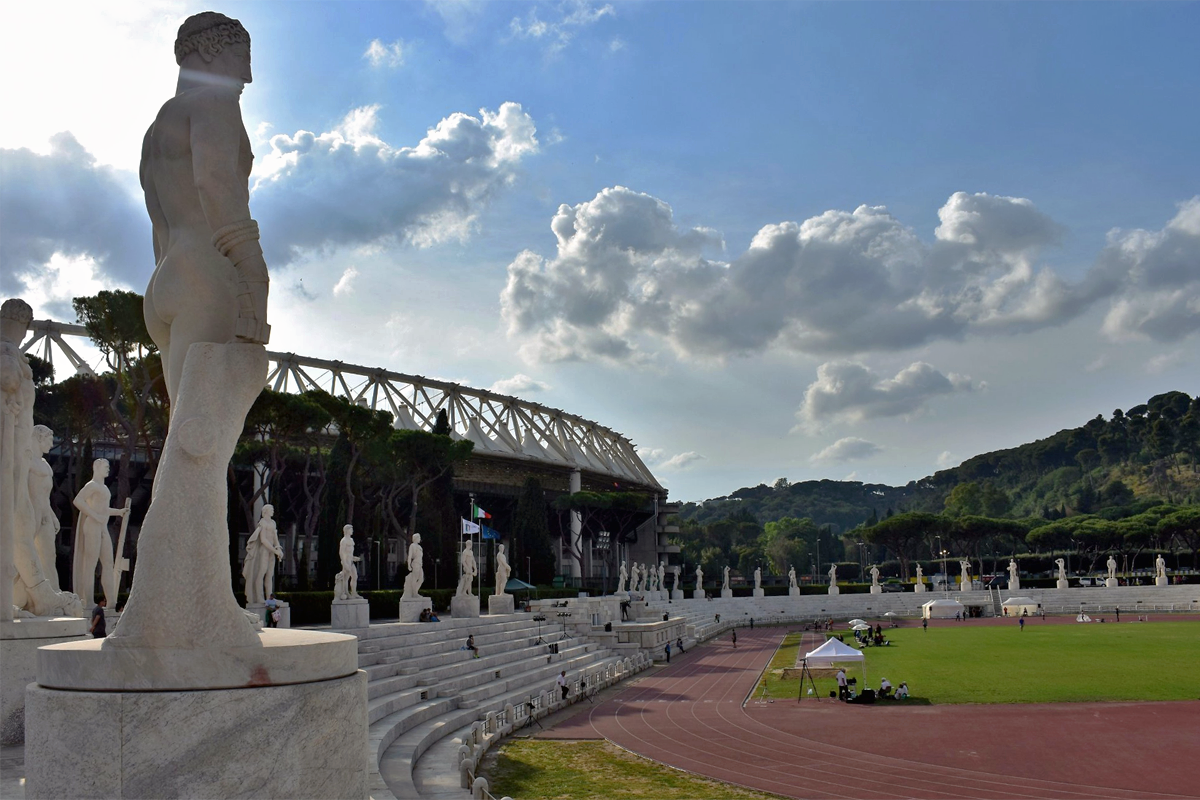 "It will be the Golden Gala of the Italians, but this doesn't mean that there will be no foreign protagonists," said Alfio Giomi, president of FIDAL, the Italian athletics federation.

While details are still being finalised, Giomi said organisers are looking at an 18:15-20:15 time slot and as many fans in the stands that social distancing restrictions will allow.

Mountain running in 2020: athletes look back on an unusual year