“It was time for AIMS to recognise the achievements of the elite athletes. That is why we decided to introduce the AIMS Best Marathon Runner of the Year Award,” explained Paco Borao, the president of the association.

“Next year, the Gala will again be staged in Athens and we expect it to stay here in future. It is the right place for such an event and the right timing with the Athens Classic Marathon to be staged on Sunday,” he added.

Performances over the past 12 months from October 2012 to September 2013 were taken into account for the award.

Each member of Association of International Marathons and Distance Races (AIMS), which now numbers more than 350 races, had one vote to determine the winner.

Kipsang broke the World record in the Berlin Marathon at the end of September with a time of 2:03:23.

“I had no idea who would win this. Now I am very happy and proud,” commented Kipsang. “This award should become an inspiration for young athletes, not only in my home country but in the whole world.”

Kiplagat became the first woman to retain her IAAF World Championships Marathon title when she won in Moscow three months ago.

In April, she also finished second in the London Marathon in 2:21:32. “Winning the AIMS Best Marathon Runner of the Year award is very special for me. It is an honour to be selected from all of the best runners in the whole world,” said Kiplagat.

Uganda’s 2013 men’s World champion Stephen Kiprotich and Kenya’s 2013 London Marathon winner Priscah Jeptoo finished as runners up for the award. They were also honoured on stage during the Gala.

This year was also the first time that AIMS presented a former world class runner with the AIMS Lifetime Achievement Award.

Norway’s Ingrid Kristiansen, one of the greatest women long distance runners ever and a former holder of the World best for the Marathon with the 2:21:06 time she ran at the 1985 London Marathon, became the first recipient of this award.

Additional awards were received by the organisers of the Milano Marathon and the Great Ethiopian Run.

The Milano Marathon received the inaugural AIMS Green Award in recognition of the event’s excellent environmental practice including offering race participants a free day ticket for public transport. Also shortlisted for the award were Sweden’s Göteborgs Varvet Half Marathon and Germany’s Frankfurt Marathon.

The inaugural AIMS Social Award was presented to the Great Ethiopian Run for its outstanding work in the area of improving health and education in Africa. 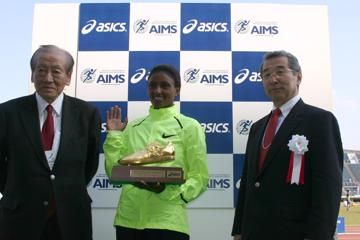 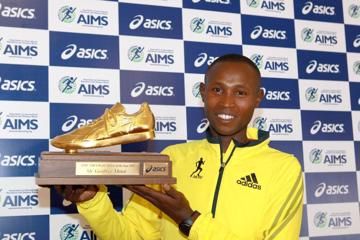 'The National' receives Heritage Plaque at its modern spiritual home