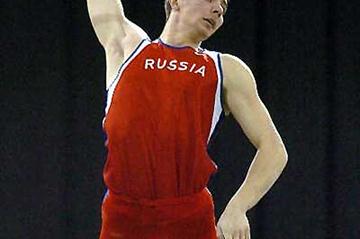 No major surprises emerged from the first day (09) of the Russian Indoor Championships, with victories by Pavel Gerasimov in the Pole vault and Evgeniya Polyakova in the 60 metres providing the highlights.

More then 700 athletes from 64 regions are taking part in the 2007 edition of the championships, with nine gold medals at stake on the opening day.

Of those, the men's Pole Vault was expected to be most attractive for the public. Pavel Gerasimov was the winner with a 5.65 clearance, with Dmitriy Starodubtsev second with a 5.60 effort. Igor Pavlov, the 2004 World indoor champion and reigning European champion, took third at the same height. Victor Chistyakov, who returned to his motherland after years in distant Australia, tried to outplay the opponents in the tactical game: after misses at 5.60 and 5.65, he missed again when the bar was raised to 5.70. His fourth place was rather discouraging for the pole vaulter with such experience.

The same may be said about the many times World record holder Svetlana Feofanova who returned to the sector after serious injury. She took second after her 4.60 clearance, behind Yulia Golubchikova (4.65) who was not considered to be a favorite in the battle. Aleksandra Kiryashova (4.40) was third.

No surprises in the sprints

As expected, Evgeniya Polyakova was the fastest in the women's 60, clocking 7.16 to equal the world’s season best. Marina Kislova was a close runner-up in 7.18 while the battle for third between Julya Guzchina and Irina Khabarova was so close that each was credited with a third place finish in 7.27.

The men’s 60 metres was dominated by Mikhail Yegorychev, though his 6.68 in the final was rather far from his best result of the season (6.60). Igor Gostev took second over Pavel Starostin, 6.74 to 6.75, with Aleksandr Volkov (6.76) just another hair behind.

In the men’s 60 metre Hurdles, Evgeniy Borisov proved one more time that he is among the true leaders in European hurdling. He stopped the clock at 7.65 and though it was slower than his 7.58 season's best, the 22-year-old easily defeated Yakov Petrov (7.82) and Sergei Molchanov (7.88).

Practically the same dominance was demonstrated in women’s race, won by Aleksandra Antonova in 7.95, well ahead of Irina Shevchenko (8.02).

The women’s 3000 metres was dominated by Regina Rakhomkulova, whose 8:48.94 is one of the best results of the season among Europeans. 34-year-old Yuliya Vinokurova was the surprise runner-up with a personal best of 8:52.27. Tatyana Petrova (8:55.49) was third. But the trio owed thaks to Olga Komyagina, who set the pace and led the lead runners through 2000 metres. She lacked stamina over the final kilometre and finished fourth (9:01.93).

The home crowd loudly supported loudly another pacemaker, Aleksandr Sekletov from Volgograd, who led the men's 3000 metres thorugh the first half. But he failed to keep the pace and wound up sixth (8:02.87). The race was won by many time national champion Sergey Ivanov who reached the line in 7:58.31. He was followed by Pavel Naumov (7:58.87) and Aleksei Efimov (7:59.57).

Unfortunately, the top Russian shot putter Pavel Sofin fell ill and was forced to miss the championships. In his absence it was Anton Luboslavskiy who got the title, with a best effort of 19.65. It's interesting to note that all of his attempts were over the 19 metre mark. Soslan Tzirikov was second with a 19.38 throw, a career best.