WORLD ATHLETICS UNDER 20 CHAMPIONSHIPS TO BE HELD BEHIND CLOSED DOORS 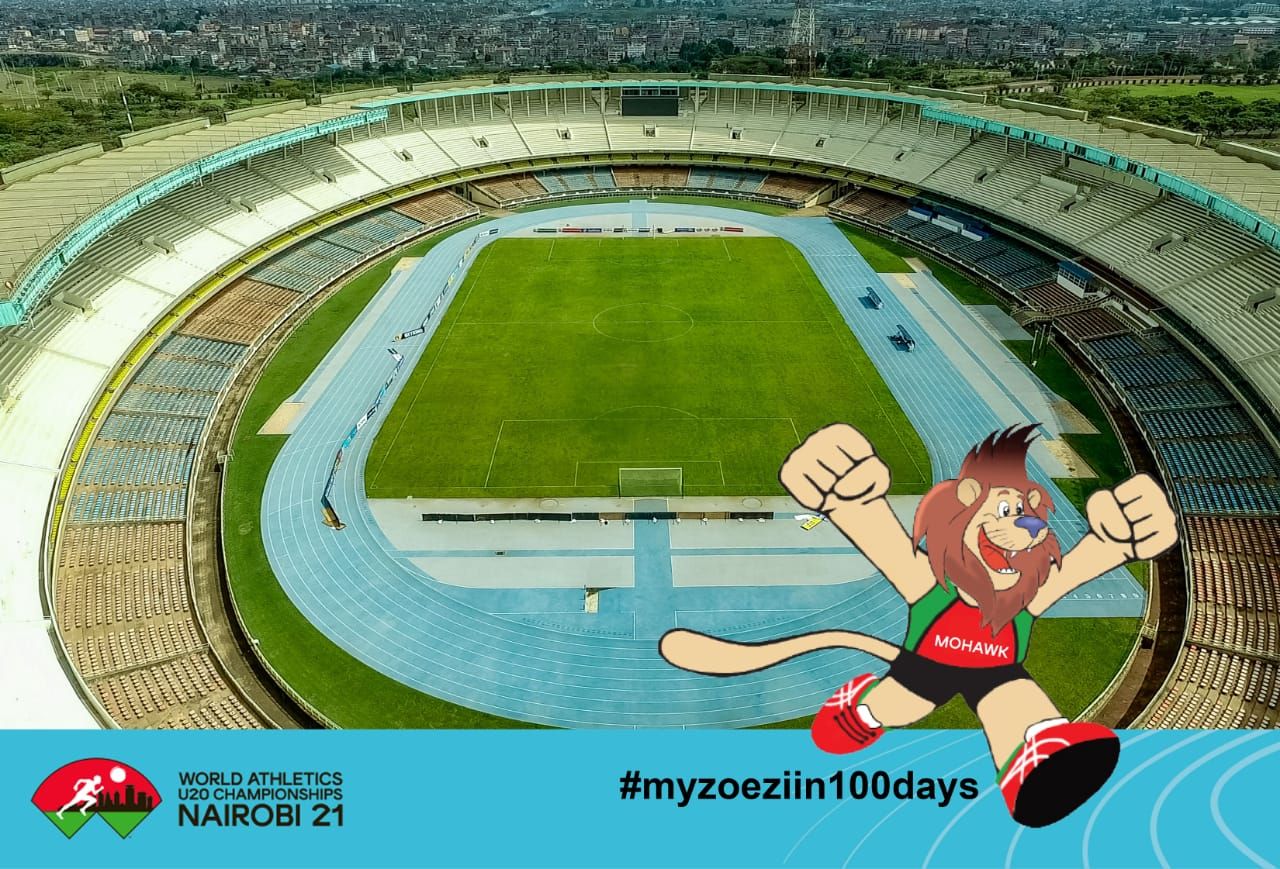 The World Athletics Under-20 Championships, which will be hosted at Nairobi's Moi International Sports Center Kasarani from August 17 to 22, will be held behind closed doors, according to Sports Cabinet Secretary Amina Mohamed. After visiting the tartan track at Kenyatta University where engineers from Mondo Track and Field, based in Spain, installed a new synthetic track there last week, the Sports CS, along with event CEO Myke Rabar and chairperson President Lt. Gen. Jackson Tuwei, made the announcement . "Unless the situation improves and the event receives approval from the World Athletics Federation, the event will be spectator-free. Most big sporting events, such as the Olympics, are spectator-free. Fans would be able to watch the games on screens in Nairobi and across the country "Amina, the CS, stated.

The CS expressed satisfaction with the progress done thus far, particularly on the tartan track, and expressed confidence that it will be completed in time to host the athletes. "We've been informed that this tartan track meets international standards, and that if a world record is set, the World Athletics Federation will ratify it. Once the facility is finished, we will hand it over to Kenyatta University "Amina said to the conversation. Professor Paul Wainaina, vice chancellor of Kenyatta University, said the building, which is part of President Uhuru Kenyatta's legacy, will have a significant influence on the university. "The students and community have been waiting for this project for a year, and we hope that the remaining parts, such as the addition of two lanes to the track, will be completed on schedule, raising the caliber of our game."

While reassuring that the government is prepared to welcome more than 120 countries to Nairobi for the global track and field event, the CS stated that plans are in the works to ensure that large screens are installed in the capital and other parts of the country so that spectators can watch the action live. "As I've been saying, we're more than ready for the World Under-20 Athletics Championships. This will benefit us because it has provided us with more opportunity to organize large events in the future," Amina explained. Tuwei, who is also the President of Athletics Kenya, stated on the first day of the junior team's bubble training camp that all the necessary details had been finalized ahead of next month's Championships. "Bubble camps, as you may be aware, are now required for large events. With the teams departing for the Tokyo Olympics, we decided that the juniors should take over so that we could properly prepare them for the junior championships "Tuwei explained.