Organisers of the World Athletics Half Marathon Championships Gdynia 2020 have presented the official medals that will be handed out to all finishers of the mass race at the championships, which will be held on 29 March 2020.

Registration for the mass race opened in May and 10,000 runners have already signed up.

The finisher medal is thick, precisely designed and crafted in a compass shape. The front of the medal shows the recently revealed event logo with a drop of amber – treasure of the Baltic Sea region – sunk in the face of each finisher medal. On the reverse, there is a contour of Poland with some space in which to engrave a name and race result.

But the best feature of the medal is on the inside. Once opened, a working compass mechanism is revealed – a nod to Gdynia as ‘the city of dreams and sea’ and Poland’s window to the world.

“More than 10,000 runners from nearly 50 countries have already registered and our goal is to make them leave Gdynia with the best possible experience and memories,” said Wojciech Szczurek, Mayor of Gdynia. “I do hope our finisher medal will be proudly hung in many running trophy collections all over the world.”

Registration for the event has been open since 1 May on SlotMarket.pl. The current entry fee is 170 PLN and includes a bib, a timing chip, insurance, medical care, official t-shirt and a finisher medal. The starting kit can be supplemented with add-ons, including accommodation, finisher photos, cancellation insurance and medal engraving that can be ordered directly while signing up for the race. 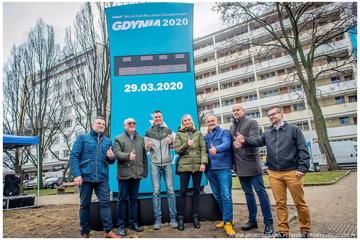 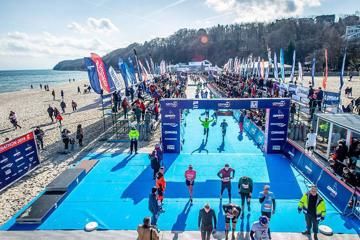