A day before the IAAF/AL-Bank World Half Marathon Championships start, the organisers of the event in Copenhagen have already found themselves on top of the podium.

Speaking on the eve of Saturday’s race, which will combine 228 elite athletes with a mass participation field of about 30,000, the IAAF President Lamine Diack announced that Copenhagen would be the first winners of the Athletics Better World award, given to mark excellence in social responsibility.

“In less than two weeks, the IAAF will officially launch a new social responsibility project called Athletics Better World, which aims to show the world that the IAAF and our sport has the power to change the world with initiatives in health, environment, social inclusion and peace,” the President told journalists at the official pre-event press conference.

“I would like to commend the organisers for a number of initiatives they have taken in this regard, which means that I am delighted to announce that Copenhagen 2014 will be the first ever IAAF World Athletics Series event to receive the ‘Athletics Better World’ IAAF stamp of approval.”

The President said he was delighted that there were 57 member federations and 228 athletes entered – “the highest number since 1998” – and described Copenhagen 2014 as “a very special edition” of the World Half Marathon Championships, adding: “The event will offer a unique mix of the world’s best elite athletes and 30,000 recreational runners who will ‘Run With The Champions’.

“The stars of our sport and normal citizens can now be heroes together. This event offers a new model for future organisers, allowing cities not only to reap the promotional benefits of staging a world championships but to directly connect people to it – all training for and taking part in the mass race.

“It’s a win-win situation for local organisers, the IAAF and the sport of road running. I am confident it will lead to increased interest in hosting the championships and a boost to the overall profile of the IAAF World Half Marathon Championships as a global sporting festival.

“The mass participation race, like the elite races, will start and finish in front of the Danish Parliament. This shows the commitment of the Danish authorities, and especially his Royal Highness the Crown Prince Frederik of Denmark, an IOC member since 2009, who is fully behind this event as well.”

The President was encouraging when asked whether Denmark, for whom this is a first in terms of hosting a world championship athletics event, might hope in future for other world championship events such as the IAAF World Indoor Championships, which were held earlier this month in Sopot, Poland.

“We know this country,” he said. “We know that in this part of the world, athletics is a sport you like very much. We are absolutely sure that if there is an indoor event – if it is what we expect – we are very pleased and proud to come. This year everyone says ‘Where is Sopot?’ But everyone knows where is Copenhagen.”

Karsten Munkvad, president of the Danish Athletics Federation, commented: “We are very proud that the Danish Federation and partners have been given the opportunity to host these championships.”

Jakob Larsen, chief executive of the Danish Federation and of the Local Organising Committee, added: “We will see what is in our opinion a festival, a joint family of athletes. We think we have the right event for the right place with the right programmes. These are fancy words, which mean that no matter what happens tomorrow, we will have a joint family of 228 of the best athletes running with 30,000 recreational runners.

“This is special because the IAAF has opened the doors to a world championship, a unique occasion. Imagine that in any other sport. Tomorrow we will have a family from the world champions to the last ones crossing the finish line. They will experience the same course, the same thrills, joy and excitement.

“The weather is with us. Last year at the same time there was quite a lot of snow in the streets of Copenhagen!”

Asked where the idea came from for incorporating a mass participation race in Copenhagen, Larsen replied that the idea had occurred to organisers after witnessing the 2011 World Cycling Championships held in Copenhagen. “We inspected the venue, and it occurred to us – what if ordinary people could take part and take advantage of the very spectacular settings?

“At our first meeting with the IAAF it was like we both came to the table with the same idea – ‘Why don’t we do this?’ So a success has many fathers, assuming tomorrow will be a success.”

Asked to explain the difference between this year’s mass start and previous occasions, such as 1992 in Newcastle and 2008 in Rio, when there has also been a mass participation element to these championships, the IAAF General Secretary Essar Gabriel responded:

“There have been initiatives of that sort in the past. The difference is in the level of integration of the race for the elite and the mass of recreational runners. They will literally be starting at the gun in the same race.

“The second reason is the magnitude of having 30,000 people who are joining forces with the elite to look to have the same experience. With that comes the organisation, which has been extremely well concluded to bring these two parts together. The sponsors have also worked hard on this, so it is a pioneering event in this respect.” 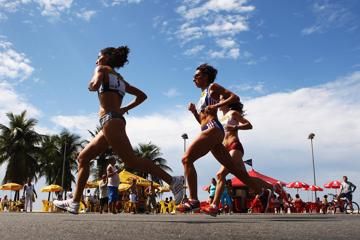 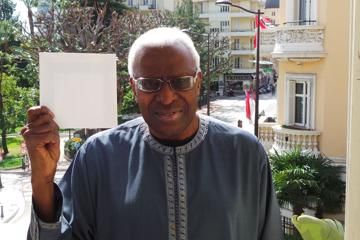