Athletics Kenya has named a strong team for the IAAF/Trinidad Alfonso World Half Marathon Championships Valencia 2018 on 24 March.

Two-time world half marathon champion Geoffrey Kamworor will defend his title. The 25-year-old, who is also twice a world cross-country champion, won in Copenhagen in 2014 and Cardiff in 2016.

Bedan Karoki, who finished second to Kamworor in 2016, is also on the team. They are joined by world cross-country silver medallist Leonard Barsoton, two-time Usti nad Labem Half Marathon winner Barselius Kipyego, and relative newcomer Jorum Okombo, who ran 58:48 to finish second in Copenhagen last year.

Joyciline Jepkosgei heads the women’s team. Jepkosgei was one of the sensations of the 2017 season, setting world records at 10km, 15km and 20km en route to her 1:04:52 world half marathon record in Prague. Later in the year she took one second off that mark when winning in Valencia in a world record of 1:04:51.

Mary Wacera, the silver medallist in 2014 and bronze medallist in 2016, will be vying for her third successive podium finish. Fancy Chemutai and Ruth Chepngetich, both of whom made big breakthroughs last year, are also on the team, along with Japan-based Pauline Kaveke.

The reserves are Alex Korio and Joan Chelimo are the reserves. 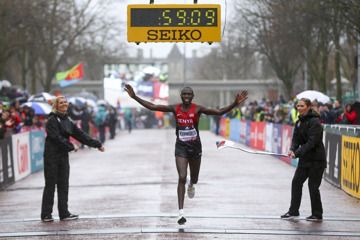 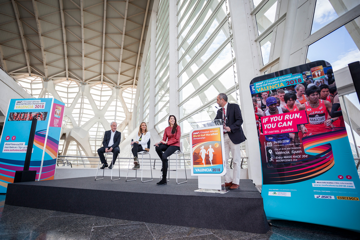 Countdown gathers pace with 100 days to go be...