Allyson Felix and Shaunae Miller at the pre-event press conference ahead of the IAAF/BTC World Relays, Bahamas 2015 (© Getty Images)

It seemed only fitting that the most successful relay runner in history would be present at the official press conference on Friday (1) ahead of the IAAF/BTC World Relays, Bahamas 2015.

Ordinarily, Felix would open her season with a 4x100m in April, but this time last year she had not yet competed, instead opting for a slightly later season opener having sustained an injury at the IAAF World Championships in Moscow in 2013.

With that injury long behind her, Felix has returned to her normal early season routine of competing in relays. After running the second leg alongside her training partners at the Mt SAC Relays last month, Felix is ready to make her IAAF World Relays debut.

“Relays are fun. Track and field is an individual sport and you spend so much time focusing on yourself, so for me it’s so much fun to be part of a team with your team-mates and to just have fun. You get to come together and have just one goal.

“I didn’t know that (about being the most successful athlete in history in relay events),” added Felix, who has won three Olympic gold medals, five World Championship gold medals and one world indoor title in the 4x100m and 4x400m. “It makes me feel good, though. I never really focus on stats or what has happened in past competitions; I just focus on the moment. It’s nice to look back and see what I’ve accomplished, but there’s still more that I’d like to do.

“Of all my past relay performances, the 4x100m world record definitely stands out. It was just the most special moment. It was totally unexpected and something I’ll never forget.

“Ultimately it’s up to the coaches to decide who runs on each leg, but throughout the years you see that there are definitely some legs that suit some runners better. The coaches have seen us all run, so I have a pretty good idea of where I’m going to be.”

Miller is part of a young generation of exciting Bahamian sprinters. She won the world junior title in 2010 at the age of 16, and then took world youth gold one year later.

At the 2013 World Championships, while still a junior, she finished just outside the medals in the 200m in fourth, but was back on the podium at the IAAF World Indoor Championships in 2014, taking bronze in the 400m at the age of 19.

Already this year she has won all four of the races she has contested, and recently smashed her 400m PB with 50.17. In Nassau, Miller will form part of a strong national 4x200m squad.

“I have changed my training group this year and I’ve moved to Clermont, Florida,” said Miller. “I recently ran a PB in the 400m, so I’m really excited to see what I can do by the end of the year. I have high ambitions.

“I think our best chance this weekend will of course be with the 4x400m guys, the Golden Knights. But we also have a strong women’s 4x200m team and we’re going to try to make it on to the podium.

“Last year I wasn’t able to compete, but I watched it and the atmosphere was crazy,” added Miller. “I’m very excited to be competing this year.”

Pound for pound, Guei is currently one of the best relay runners in the world. In the 4x400m at last year’s European Championships, she clocked a final-leg split of 49.72 – almost two seconds faster than her season’s best at the time – to take France from third to first in the final few metres of the race.

Earlier this year she led France to another continental relay triumph, this time indoors, and now she and her French team-mates are targeting another podium finish at this year’s IAAF World Championships in Beijing.

“I perform better in relays because I feel there is less individual pressure,” she said. “It’s more of a group collective that carries us through.

“I now feel almost like I’m the leader of the French 4x400m team. At the World Championships in Beijing, making it on to the podium is our minimum goal.

“Individually, this year I’m aiming to run faster than 51 seconds,” she added. “I’m looking for a breakthrough because I want to go as far as I can in the individual 400m.” 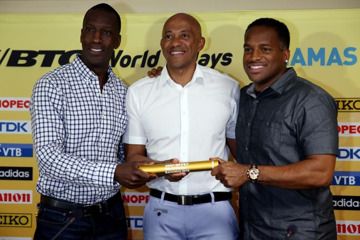 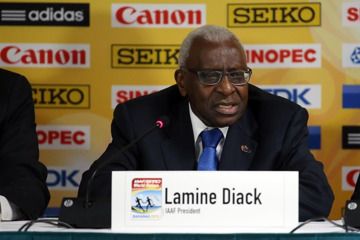 Diack: Bahamians have taken this competition ... 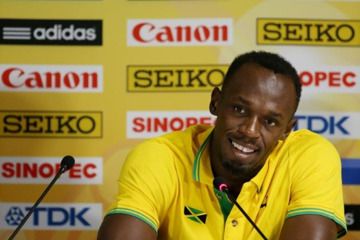