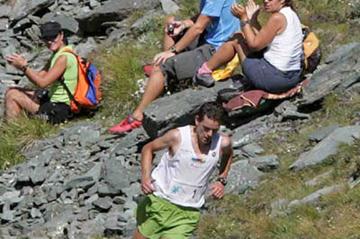 Everyone ran to form in the second of four 2007 WMRA Grand Prix races today (15). As predicted Jonathan Wyatt (NZL) and Anna Pichrtova (CZE) continued where they left off last year with impressive victories in the 12.6km 1514m climb up the Grossglockner.

Resuming his long standing battle with Marco Gaiardo (ITA), Wyatt won in a time of 72:22, only 51 seconds in front of Gaiardo. The closeness of the finish indicates that the remaining main difference between these two fine athletes is now physiological. Gaiardo badly needs a victory to break the spell! They resume their contest on 5 August in the third WMRA Grand Prix, the Schlickeralm race from Telfes, also in Austria.  Marcus Kroll (AUS) kept the local flag flying with third position.

Pichrtova, 81:25, had a more comfortable task, winning by more than eight minutes over her fellow country woman, Pavla Matyasova.

The Czech Republic had a clean sweep of the podium positions as Iva Milesova finished third.

There was an excellent entry of 712 runners from 20 nations who enjoyed fine weather and splendid views of the Grossglockner glacier - after the finish!

Danny Hughes for the IAAF