Organisers of the Hanzekovic Memorial have revealed the first wave of athletes set to compete at the World Athletics Continental Tour Gold meeting in Zagreb on 16 September.

World champion Daniel Stahl, one of the most prolific and dominant performers on the international circuit this year, will be in action in the discus. The Swedish thrower will aim to extend his winning streak to 16 competitions while also targeting the meeting record of 68.16m.

Ukrainian duo Yaroslava Mahuchikh and Yuliya Levchenko, the 2019 and 2017 world silver medallists respectively, will clash again in the high jump. Currently at two wins apiece this outdoor season, their dual in Zagreb could be their season decider. They will face Australia’s Nicola McDermott, Sweden’s Erika Kinsey and Croatia’s Ana Simic.

Olympic javelin champion Sara Kolak will be one of the biggest attractions for the home fans. She will be up against the three medallists from the 2018 European Championships: Christin Hussong, Nikola Ogrodnikova and Liveta Jasiunaite. 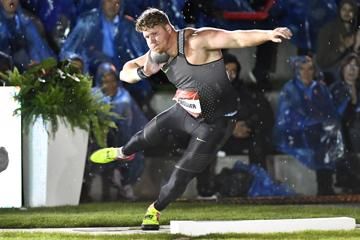