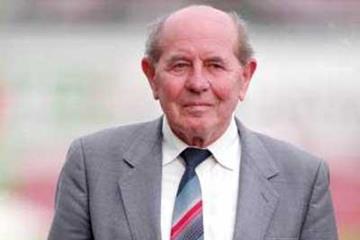 Zatopek on the mend after operation

Zatopek, the quadruple Olympic champion, underwent the operation at the beginning of October and the 77-year-old's condition has slowly improved.

Zatopek needed surgery following a fall at his home on October 7 and needed an artificial component inserted in his femur.

"A week after the operation he was delirious and recognised no-one except his wife Dana," said Jirasek, also head of the orthopaedic department of the Prague-Stresovice military hospital where Zatopek was treated.

Zatopek has suffered several strokes as well as severe depression, Jirasek added, but the doctor said that his physical improvement had notably improved since he was returned home.

Mrs Zatopek (the 1952 Olympic javelin champion) and a nurse are helping to rehabilitate Zatopek, Jirasek added.

Last June he was elected Olympic champion of the century by a jury of experts and sports journalists in his home country.