Organisers have confirmed that 18 freshly-minted world champions will be competing at the Weltklasse Zurich on 24 August, the first of this season's two IAAF Diamond League finals.

Considering the star-studded entry lists, singling out individual highlights is almost impossible in the battle for a piece of the US$1.6 million prize pot. But in at least three events, the scenarios seem to guarantee athletics blockbusters providing thrills and goose bumps for everyone attending.

Great Britain's Mo Farah recently added another 5000m silver medal and 10,000m title to his four consecutive double triumphs at global championships to wrote another chapter to the sport’s history books. In Zurich, Farah will run his final track race before moving on to the roads and longer distances.

Letzigrund Stadium is a worthy arena for Farah's final bow to cap an impressive track career. Zurich is where Farah broke the 13-minute barrier for the first time in 2010, and it is where he was crowned double European champion in 2014. His final track appearance, over the 5000m distance, could quite possibly come with an IAAF Diamond League title. His opponents will include the five top London finalists including world champion Muktar Edris of Ethiopia.

Swiss stars will also be getting a particularly warm welcome at Letzigrund. The Zurich crowd will be treated with finalists from both 400m hurdles contests, Lea Sprunger and Kariem Hussein. There will certainly be thunderous support for the Swiss women's 4x100m team when they step on to the track for the Zürich Trophy. In London, they finished fifth.

The IAAF Diamond League Finals will be held according to the revised system for the first time this year. The best athletes of the current season qualified for the final based upon points acquired at the 12 preceding IAAF Diamond League meetings. US$100,000 will be awarded in prize money in each event with individual event champions collecting $50,000.

“The new system enhances the status of our meeting even further, and it provides for added suspense and drama, as the points collected at the qualifying meetings have no influence on the outcome of the finals. Everyone starts at zero," said Andreas Hediger, Weltklasse Zürich Co-Meeting Director.

Hediger also noted: “All 16 final events feature the new world champions of London. The IAAF Diamond League thus also proves to be an ideal forum to get to the top of one’s game for major championships.” 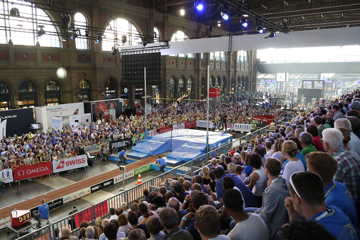 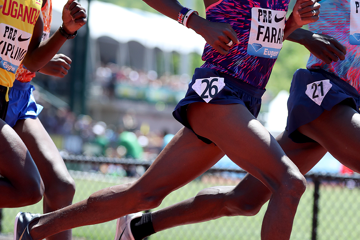