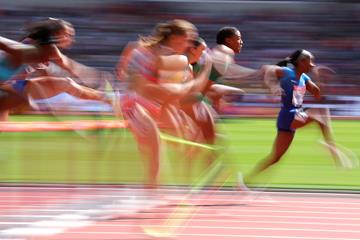 The 10-day competition kicks off at Doha's state-of-the-art Khalifa Stadium on Friday evening 27 September, a day that will be capped by the women's marathon which gets underway at midnight. The Championships will conclude on Sunday 6 October as per tradition with the men's and women's 4x400m relays.

You can view the timetable here or download it here.

The qualification system combines athletes' positions in the IAAF World Rankings, Wild Card invitations and entry standards. As was the case with the last two editions of the World Championships and the 2016 Olympic Games in Rio de Janeiro, the IAAF has established a target number of athletes for each discipline.

Individual athletes can qualify in one of three ways:
- being among the best ranked athletes at the end of the qualification period as per the IAAF World Rankings.
- by Wild Card as the reigning world champion outdoors, winner of the 2019 IAAF Diamond League or leader (as at closing date of the final entries) of the IAAF Hammer Throw Challenge, IAAF Race Walk Challenge or IAAF Combined Events Challenge. Member federations will be allowed one Wild Card entry per discipline, with a maximum of four athletes from any one country allowed entry into each discipline, in addition to a reserve.
- by achieving the entry standard within the qualification period in accordance with criteria decided by IAAF. Entry standards, which will be determined on 1 November 2018, will be set for the sole purpose of qualifying athletes with exceptional performances who are unable to qualify through the IAAF World Rankings pathway.

As with previous championships, there are still some special qualification opportunities for member federations without any qualified athletes to be represented with one unqualified athlete.