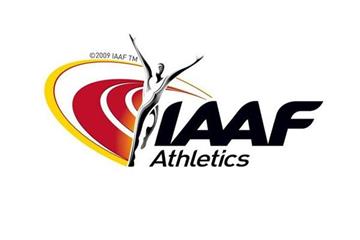 The IAAF will collect blood samples from ALL athletes taking part in the IAAF World Championships in Daegu in an unprecedented anti-doping programme.

The blood testing programme in Daegu is being organized in addition to the regular doping controls that are collected at a World Championships (in Daegu, approximately 500 urine samples shall be collected in and out-of-competition combined).

What is the blood testing programme?

Blood samples will be collected from all athletes participating in the World Championships.

The samples will mainly be collected at a purpose-built doping control station located in the Athlete’s village starting from 18 August 2011.

The samples will be analysed by the LAD on-site in Daegu for a first haematological screening analysis and after the end of the Championships in Lausanne for further analyses.

The analyses by the LAD will focus on measuring relevant parameters (biomarkers) for individual profiling purposes within the framework of the Athlete Biological Passport.

The fundamental principle of the Athlete Biological Passport is based on the monitoring of an athlete’s biomarkers over time.  The focus is not on the detection of prohibited substances or methods themselves, as for traditional doping tests, but on proving the use and effect of these substances and methods by way of abnormal variations in an athlete’s biomarkers that would otherwise be stable.

As one of the leading International Sport Federations in the fight against doping, the IAAF has fully engaged in the implementation of the Athlete Biological Passport at an early stage since it believes it to be a key tool in the modern fight against doping.

Why is this programme unprecedented?

It will be the first time that a heterogeneous population of nearly 2000 elite athletes competing in a major sports event will be blood tested under the same optimal conditions, within the same time period.

The blood testing will cover all disciplines in Athletics and a wide range of relevant biomarkers.  Notably, the analyses will not only screen markers indicating the use of EPO or blood manipulation in endurance events (as has been the IAAF’s practice to date) but also markers potentially indicating steroid or growth hormone doping more relevant to the power disciplines.

The data collected will therefore constitute a unique database of reference ranges for various biomarkers in elite male and female athletes competing in different disciplines and from different ethnical backgrounds. The IAAF considers this to constitute a major step forwards in the development of the Athlete Biological Passport in the sport of Athletics and indeed the Athlete Biological Passport generally.

What will the IAAF do with the results?

The results will be used:

(i) as a first “fingerprint” for athletes with no previous records at the IAAF;

(ii) to build upon already existing athlete profiles recorded and followed at the IAAF;

(iii) to establish the reference ranges of relevant biomarkers in a heterogeneous population of elite male and female athletes.

How will the IAAF follow-up on the results?

Suspicious results from the screening analyses performed on-site could, where appropriate, trigger follow-up target tests in Daegu in urine (notably for EPO) and/or further analyses for prohibited substances or prohibited methods in blood in Lausanne.

All results can ultimately be used in support of an anti-doping rule violation if an athlete’s overall biological profile is found to be consistent with the use of a prohibited substance or a prohibited method, in accordance with IAAF Anti-Doping Rules and Regulations.