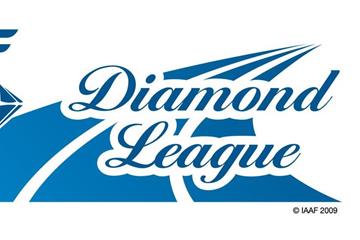 The 2013 IAAF Diamond League has reached a mid-season break as the world’s best athletes prepare to compete at the IAAF World Championships in Moscow. With just three meetings left in the series, there are still many events where the Diamond Race is wide open.

In the remaining 25 disciplines, however, it is still all to play for at the remaining meetings in Stockholm, Zurich and Brussels.

The closest contest is in the men’s 5000m where just two points separate Ethiopians Hagos Gebrhiwet and Yenew Alamirew. The Diamond Race in that event will be decided at the final Diamond League meeting of the series in Brussels.

It’s similarly close in the men’s Pole Vault as just six points separate Renaud Lavillenie, Kostas Filippidis and Raphael Holzdeppe. With eight points on offer at the Diamond League final in Brussels, any one of those three athletes could realistically win.

The most wide-open event is the women’s 200m. Seven points separate the top 14 women in the Diamond Race for that discipline, so the final in Zurich could in theory see any one of those take the overall victory.

On the men’s side, the 110m Hurdles has 12 genuine contenders left in the Diamond Race. David Oliver currently leads with six points, closely followed by five other athletes with four points each. There are two more meetings remaining in that discipline so the situation may become clearer after Stockholm.

There are several events where a victory in Stockholm could decide the Diamond Race. If Kirani James were to win the 400m in the Swedish capital, he would be crowned winner of the Diamond Race in his discipline. The same applies for Conseslus Kipruto in the 3000m Steeplechase, Aleksandr Menkov in the Long Jump, Francine Niyonsaba in the 800m and Caterine Ibarguen in the Triple Jump.

Other athletes, such as Ayanleh Souleiman in the 1500m and Ryan Whiting in the Shot, would secure the Diamond Race title with a win in Stockholm, provided some of their key rivals do not score any points.

More than half of the 32 disciplines in the Diamond Race will go right to the wire and will only be decided at the Diamond League finals in Zurich or Brussels.

*NOTE – Athletes can only win the overall Diamond Race title in their respective event – along with the $40,000 bonus and Trophy – and/or be listed in the overall point standings if they compete in the final of their event in either Zurich or Brussels.