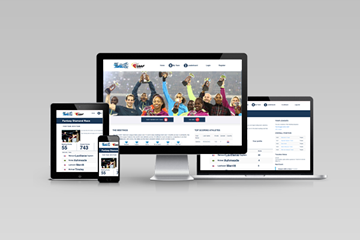 With one month to go before the start of the 2015 IAAF Diamond League, the excitement is already starting to mount and the traditional opening meeting in Doha, Qatar, has already assembled some of the sport’s top stars to get proceedings underway for the sixth year of the series.

World athlete of the year Renaud Lavillenie and double world and Olympic champion Mo Farah are just two of the names that have already been announced to compete in Doha on 15 May.

With just a month to go, the IAAF is also happy to announce the return of IAAF Fantasy Athletics.

The 2015 edition of the Fantasy Diamond Race follows the athletes who compete in the 32 event disciplines of the Diamond Race at the 14 meetings of the IAAF Diamond League in 2015.

New for 2015: players will now have to assign an event to each team member, so if an athlete is doubling up at a meeting, you will have to choose which event represents their best chance of scoring points.

There are prizes on offer for players whose teams have the highest scores at each of the 14 meetings, and for the season winner who accumulates the best overall points score across all meetings.

Log in or register for the 2015 Fantasy Diamond Race

If you took part in last year's Fantasy Diamond Race, then you are able to log in now and select provisional teams based upon the list of athletes who competed last year in the IAAF Diamond League. But it is advisable to wait until the official entry lists for Doha, the first meeting of the season, are released before making your final selections.

In each discipline, there is a Diamond Race with points available throughout the 14-meeting season. Winners of each Diamond Race receive a $40,000 USD cash prize and a spectacular Diamond Trophy.