IAAF to contact Ashenden and Parisotto over “seriously incorrect assertions”

The IAAF has carefully considered the statement issued on 5 August 2015 by scientists Michael Ashenden and Robin Parisotto and believes it contains a number of seriously incorrect assertions which the IAAF has a duty to correct.

Of most concern to us is that the two scientists continue to defend their statements that the IAAF did nothing to act on “suspicious profiles”, and that the scientists also continue to believe that they were in a position to make this analysis based on their background and involvement in a number of Athlete Biological Passport (ABP) cases related to the sport of athletics.

Their statement does not address the fact that they had no knowledge whatsoever of the actions taken by the IAAF in following these suspicious profiles.

- They both admit that they had not directly checked or were not aware of which specific athletes had actually been caught and sanctioned by the IAAF, either through an ABP case or positive EPO tests. How can you publicly state that no action was taken by the IAAF when you have not even done a rudimentary first check to see if anyone has been sanctioned?

- They also conveniently ignore the fact that more than 60 athletes have been sanctioned on the basis of abnormal blood values collected after 2009, and these athletes accrued 140 notable international medals, three world records, six World Marathon Majors wins, 13 other big city marathon wins before they were exposed by the IAAF as cheats.

- More importantly, they do not have access to the IAAF testing records and are therefore not able to know whether proper testing follow up was conducted by the IAAF.

- On this basis, how can these experts claim that no action was taken by the IAAF without checking which athletes were sanctioned, and without any possible access to the IAAF’s extensive out-of-competition targeted testing information?

The IAAF acknowledges that these two scientists have a great degree of expertise in the analysis of blood profiles. It is for these reasons that we are so disappointed.

We believe it is astonishing that two experts with such knowledge of the ABP, WADA Code, and the anti-doping framework have agreed to analyse a database they knew could only have been obtained without consent of the IAAF or the athletes themselves.

Having done so, these same scientists proceeded to state categorically that the IAAF had failed to follow up on the suspicious profiles, without any detailed knowledge of the IAAF testing programme.

We are now aware that media outlets are attempting to pressurise athletes named on that database to reveal their private and confidential medical data, just weeks before the IAAF World Championships, causing stress and confusion.

We condemn the fact that two experienced scientists were naïve enough to place themselves in a situation where their analysis of incomplete data is being used against athletes in the public domain.

In sharing what we believe to be the database in question with the Independent Commission formed by WADA, the IAAF is comfortable that an independent, impartial assessment of the data and the follow-up action by the IAAF will now be made by the competent authority.

If these scientists have evidence that the IAAF did not follow up suspicious samples, then they should immediately make this available to the WADA Commission. If they do not have evidence, then we urge that they refrain from making assertions of wrong-doing.

The IAAF will also write directly to the two scientists in question and to WADA to further outline additional concerns we have with their statement of 5 August. 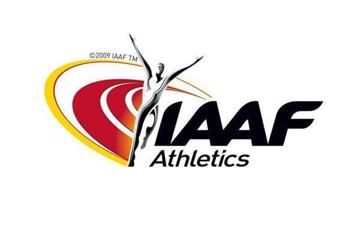