Stepanova eligible to compete internationally as an independent neutral athlete

The IAAF Doping Review Board has today decided its first case of an athlete seeking exceptional eligibility to compete in International Competition as a neutral athlete under Competition Rule 22.1A.

The Doping Review Board, which is composed of Robert Hersh (chair), Sylvia Barlag and Antti Pihlakoski, has unanimously accepted the application of Yuliya Stepanova under Competition Rule 22.1A(c) as someone having made a truly exceptional contribution to the protection and promotion of clean athletes, fair play and the integrity and authenticity of the sport. Ms Stepanova is now eligible to compete in International Competitions as an independent neutral athlete.

Ms Stepanova's participation as a neutral athlete in International Competition is still subject to acceptance by the organiser of the competition in question, in accordance with the rules of that competition. The IAAF has immediately informed European Athletics of Ms Stepanova’s eligibility given that the European Athletics Championships will take place in Amsterdam in less than a week (6-10 July). Other international events organisers will receive similar notification of Ms Stepanova's eligibility later today.

The IAAF has of today (1 July) received more than 80 applications from Russian athletes seeking exceptional eligibility to compete in an individual capacity under a separate provision in Competition Rule 22.1A(b), namely, on the basis that they are not tainted by RUSAF's failure to put in place adequate anti-doping systems because they have been subject to other, fully adequate systems outside of the country for a sufficiently long period to provide a substantial assurance of integrity. The form of these further applications is being checked against the Guidelines issued by the IAAF last week and, if they are in the correct form, they too will be referred to the Doping Review Board for a decision on exceptional eligibility. 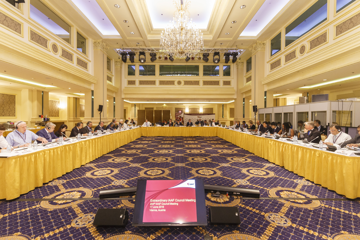 ‘RusAF has not met reinstatement conditions’ ...