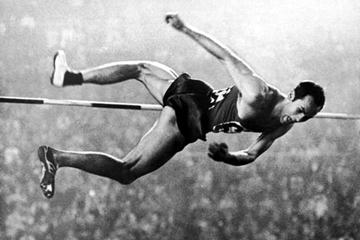 Russia’s past and present heroes – Moscow 2013

There is little more than six weeks to go before the start of the IAAF World Championships, Moscow, Russia, which take place from Saturday 10 to Sunday 18 August, and the current generation of Russian athletics heroes is sure to enthral the crowds in the Luzhniki stadium.

However, Russian athletes already have a proud place in the history of our sport, stretching back well over a century.

The first Russian athletics meeting that resembled an event we might recognise in the modern era took place in St Petersburg in 1867, just a few years after the sport started to draw crowds in parts of Western Europe and North America

Twenty years later, Louis Junker became the first Russian to gain international recognition, setting world bests in London over 150 yards in 1877 and 120 yards the following year, before returning to his native Moscow.

Russia was represented at the 1908 and 1912 Olympics but without success however, after World War II, they re-entered the international arena as part of the Soviet Union and the medals, records and accolades soon started to pile up.

Nina Romashkova, better known under her married name of Ponomaryova, won Russia’s first athletics gold medal at the Olympic Games in 1952, a title she was to regain eight years later.

In the 1950s, names like the distance runner Vladimir Kuts, walker Leonid Spirin and the multi-talented Aleksandra Chudina, who won medals in three different field events at the 1952 Olympic Games made headlines around the world.

The following decade it was the turn of high jumper Valery Brumel and the Press sisters, Irina and Tamara, to make their mark internationally.

In the wake of Moscow staging the 1980 Olympic Games, the first IAAF World Championships were held three years later and part of the Soviet team were Russians of renown like hammer thrower Sergey Litvinov and high jumper Tamara Bykova, who both set world records in their events and were to triumph in Helsinki.

A new era, a new flag

A decade later at the 1993 World Championships in Stuttgart, Russian athletes competed for the first time under their own flag.

Among the stars on that occasion was the sprinter and hurdler Irina Privalova and triple jumper Anna Biryukova, the latter becoming the first woman to go over 15 metres when she won with a World record of 15.09m in the first appearance of the event in the Championships.

Few can deny that Yelena Isinbayeva has left her indelible stamp on the Pole Vault while Yuriy Borzakovskiy showed that 800m titles can be won by European runners. Both athletes are expected to still be part of the Russian team at this summer’s World Championships.

No less than 135 years elapsed between Junker speeding to a time of 15.0 for 150 yards at London’s Stamford Bridge to the latest Russian able to proclaim themselves the best in the world at their chosen event, with Yelena Lashmanova winning the 20km Race Walk title in London last summer in a World record of 1:25.02.

The 2013 World Championships’ host Russia has its athletics heroes, both old and new, as the countdown continues to the start of the greatest sporting event of 2013.