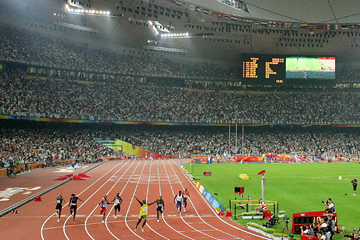 There are just two weeks to go to the IAAF World Championships, Beijing 2015 which takes place between 22-30 August.

Many of the IAAF’s 214 member federations have already named their teams for the most important sporting event on this year’s calendar but with the final entry deadline at midnight (Central European Time) on Monday 10 August, this weekend offers the last chance for athletes to qualify and for member federations to complete their squad selections.

Approximately 2000 athletes from more than 200 nations are expected to compete in the Chinese capital later this month.

The USA and Jamaica have yet to formally name their teams but it is already known that global champions such as Usain Bolt, Shelly-Ann Fraser-Pryce, David Oliver, Christian Taylor, Ashton Eaton, Jenn Suhr and Brittney Reese have booked their places on the planes to Beijing.

Russia named their 71-strong team in the wake of their national championships earlier this week.

Other European nations to have named their teams include Czech Republic, France, Germany and Great Britain.

Distance-running power houses Kenya and Ethiopia have also named their teams early and can expect to feature prominently on the medal podiums.

The famous Bird’s Nest stadium, the centrepiece of the 2008 Olympic Games, will have a 50,000 capacity for the championships and the IAAF and Local Organising Committee have been happy to announce recently that it will be full for each evening session, ensuring the world’s top athletics exponents get the audience they deserve.

The IAAF website has a special section devoted to the championships.

Coverage of the IAAF World Championships, Beijing 2015 will include live results, previews, reports, features, a live blog and extensive coverage on the IAAF social media outlets such as Twitter and Facebook.

Results, timetable details and the live blog will also be available in Chinese on the IAAF website and coverage will be available on Chinese social media