The mini-exhibition will feature text and photographic based displays, archive video and artefacts dating back to the early 1800s. The highlight from the modern era will be competition spikes and clothing from several multiple gold medallists from the IAAF World Cross Country Championships.

IAAF Heritage is delighted to announce that Kenya’s five-time world cross-country champion Paul Tergat has become the latest famous athlete to donate competition kit to the IAAF Heritage Collection. Tergat has generously given the uniform which he wore when striding to his third gold medal in Turin, Italy in 1997. The kit will be on show in Aarhus.

“I really glad to be able to donate my kit to IAAF Heritage and to support their historic exhibit in Aarhus,” confirmed Tergat. “I’m looking forward to seeing the display when I visit the IAAF World Cross Country Championships in March.”

Tergat is one of a half-a-dozen winners of the world title who have been invited to Aarhus to celebrate 200 years of cross-country running when the 43rd edition of the championships take place on Saturday 30 March.

The discipline of cross-county running, as we know it today, was first recorded in 1819 in the English school of Shrewsbury as a paper chase game called ‘Hare and Hounds’.

The IAAF Heritage display takes visitors along a timeline from those early days to the establishment of the sport across the UK in the 1830s and then, via its mention in Thomas Hughes’ famous 1857 Rugby School novel Tom Brown’s School Days, across the Atlantic to America.

Cross country’s development is followed to the eventual establishment of the International Cross Country Union (ICCU) in 1903. That same year the ICCU began the organisation of the ‘International Championships’, which steadily increasing in popularity came under the flag of the IAAF in 1973. The timeline continues through the 42 editions of the IAAF World Cross Country Championships which have taken place since.

Open for one month

The opening ceremony of IAAF Heritage Cross Country Running Display – 1819 to 2019 takes place in Aarhus on 28 February. The exhibit will remain open until the IAAF World Cross Country Championships Aarhus 2019 on Saturday 30 March. 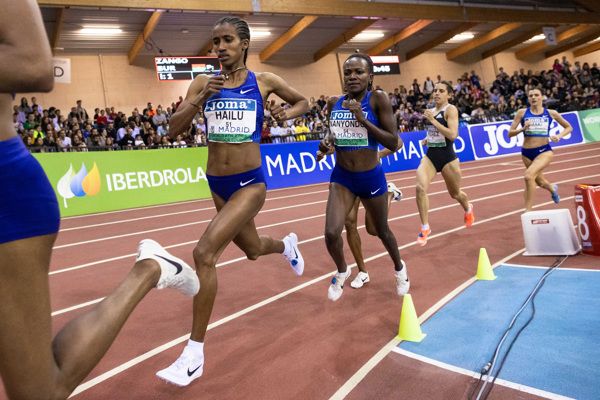