On the eve of the IAAF World Cross Country Championships Kampala 2017, some of the world’s top middle and long distance runners joined IAAF President Sebastian Coe, dignitaries from the Local Organising Committee and IAAF Ambassadors Tegla Loroupe and Paul Tergat at the pre-event press conference at the Sheraton Hotel in central Kampala on Saturday (25).

A ‘Big moment for Uganda, for Africa’

“The quality of performances you will see tomorrow absolutely and quintessentially exemplifies the fact that this is a truly global sport,” Coe said, speaking to more than 70 journalists gathered at the press conference.

“This is a country, and this is a continent that takes cross country very seriously. And that’s very close to my heart.”

Charles Bakkabulindi, the LOC chairman & Minister of State for Sports, echoed those sentiments.

“I’m so excited,” he said. “It began as a dream some years back that the World Cross Country Championships would be in Africa, in Uganda. The country is excited. We are looking forward to tomorrow at Kololo.”

“Kampala is very proud to host the 42nd edition of these championships,” Andrew Kitaka, acting Executive Director of Kampala City Authority, added. “The 557 athletes that have come here show the true recognition of the importance of this event.”

Coe and local organisers had hoped that a 60th squad representing an Athletes Refugee Team would be taking part in Sunday’s championships, but administrative hurdles ultimately prevented the members from making the trip to Kampala.

Coe paid tribute to IAAF Ambassador Tegla Loroupe whose Peace Foundation initiated the refugee team concept in 2014, a project funded by the IAAF, and noted that efforts remain in motion to ensure that refugees are represented at future IAAF World Athletics Series events.

“We will be doing everything we possibly can to have that refugee team represented and be with us at the IAAF World Relays in Bahamas in a few weeks time,” Coe said.

“Tegla came to the IAAF a few years ago with the concept that wherever possible, that the sport should reach out to challenged communities.

“I take great pride that it was the IAAF that initially funded and saw the vision sitting behind Tegla’s foundation. Had it not been for that initial work we would not have been celebrating the refugee team in Rio last year.”

Loroupe underscored that the project is a critical long-term commitment of her foundation.

“I really want to thank the IAAF for helping us with the refugee communities, knowing that one day they will be participating in this event,” Loroupe said. “As you all know it is difficult for refugees to travel.”

“But we are not discouraged,” she added.

“The IAAF has given great solidarity to the refugee athletes. It’s all about using sport to bring our people together. (The IAAF) have given us the opportunity to show that the person who is a called a refugee is not a bad person. That they are not bad people. But that they are people who can contribute to society and to sport.”

While this edition will not, unfortunately, see the participation of a refugee team, Kampala will introduce the inaugural mixed relay, a concept that helped bring Asbel Kiprop, a world and Olympic 1500m champion, back into the World Cross Country Championships for the first time since he won the junior race in Mombasa in 2007.

“When the IAAF introduced the mixed relay, I must say thank you,” he said.

“This is what brought me back to cross country. It’s a new experience and is going to be very interesting. This race, and the World Relays, is all also an important part of the build-up towards London.”

He’s also pleased that like in 2007, he didn’t have to travel too far.

“Having the world come to east Africa, I feel proud to come to these championships as an athlete.”

So does Stephen Kiprotich, a former world and Olympic marathon champion, and the host nation’s biggest star at these championships.

“I’m very happy for the world to come to my country,” he said, expressing the home team’s aspirations. “This race is very important to us. If given the chance tomorrow, we’re going to do our best (to win team gold).”

Faith Kipyegon, the reigning Olympic 1500m champion and two-time winner at these championships in the junior ranks, is part of a strong Kenyan squad who have also arrived in the Ugandan capital with lofty ambitions.

“I think we have trained well and I think we will do well,” said. “I think we are strong. And I’m ready.”

“Cross country is in my veins,” he said. “So I am very proud of my work as an Ambassador. I do it with a lot of pride, commitment, and passion.”

So does Canada’s Sasha Gollish, this year’s NACAC champion, who is part of her country’s rising wave of internationally competitive talent.

“It’s a really exciting time in Canada,” she said. “Before it might have been that we one person competitive in each event, and now we have many more. There really is a change.”

Globally however, mounting a serious challenge to east African overall dominance in cross country appears far from the horizon. Addressing a reporter’s question about the decline in cross country participation and performance in some European countries, Coe’s response was direct.

“I think it’s not remotely non-coincidental to the fact that cross country isn't taken seriously as it once was,” he said.

“It was a part of my staple diet, it was a part of the diet of my fellow countrymen that were performing extremely well. And if you went into most other European countries young athletes were brought up to believe that cross country was an inseparable part of their pathway to top performances. We've got to return to the fundamental belief among the younger generation of coaches that cross country is very important part of their programme.”

“If there is one message from me this morning, it’s to the new generation of coaches to recognise that cross country isn’t just a physical or mental strength. It actually brings running communities together in one of the purest forms in our sport.”

BACK
Pages related to this articleAthletes
Stephen KIPROTICH 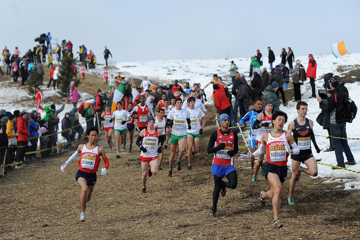 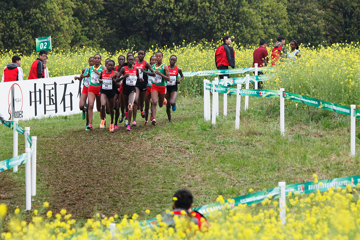 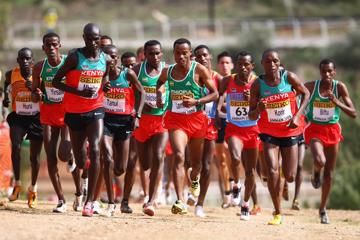 Follow all the action at the IAAF World Cross... 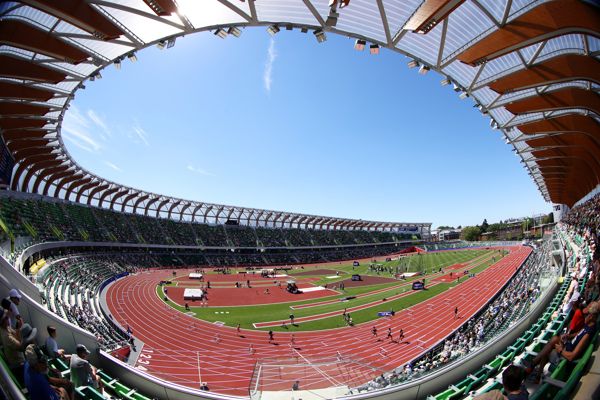