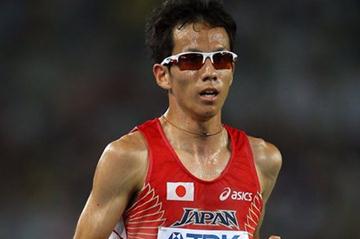 Although no global event team berths are on the line, some of the best distance runners in Japan will be taking part. Yuki Sato, the fastest active 10,000m runner in Japan with a personal best 27:38.25, is scheduled to run in the men’s 12Km. Sato is perhaps the best distance runner in Japan currently, for he recorded the fastest stage in the most competitive stage of the New Year Ekiden a month and a half ago.  He is shooting for the Toshinari Takaoka’s national 10,000m record this coming track season. Sato’s main competition may come from Suguru Osako, the 2011 World University Games’ gold medalist at 10,000m. He also finished eighth at 10,000m in the 2010 World Junior Championships. Although his 10,000m best is quite modest 28:35.75, 20-year-old Osako is one of the most promising young distance runners in Japan.

Megumi Kinukawa, who ran the 10,000m at 2007 World Championships when he was just 18, will compete in the women’s 8Km. After a few injury prone years, Kinukawa has returned to top form in 2011 to record personal bests at both 5000m (15:09.96) and 10,000m (31:10.02). She contested both distances at the 2011 World Championships.  Kinukawa’s main competition may come from 20-year-old Ayuko Suzuki, who was fifth at 5000m in the 2010 World Junior Championships, and Tetyana Hamera-Shmyrko who set the Ukrainian national Marathon record of 2:24:46 in the Osaka Women’s Marathon in the end of January. Although Suzuki was already a quite accomplished runner in high school, she chose not to go to one of track powerhouse colleges. Instead Suzuki is now is a student at Nagoya University, one of the most academically prestigious universities in Japan.

Four other events – men’s 4Km, Junior men’s 4Km and junior high school boys and girls 3Km – will also be contested in Chiba, but they are not the selection races for the international championships.