He is already in the Ethiopean team for the IAAF World Championships in Moscow this summer but Kenenisa Bekele wants more at the Fanny Blankers-Koen Games, and IAAF World Challenge meeting, in the Dutch town Hengelo on Saturday (8).

After winning the 10000m  at the IAAF Diamond League meeting in Eugene last Saturday, he will hunt for a 5000m qualifying time at the annual meeting given a global profile by his compatriot Haile Gebrselassie but where Bekele himself set the current World record for the distance of 12:37.35 nine years ago.

“I want both world titles back, that I won in Berlin in 2009,” said Bekele on Wednesday.

Bekele admitted that he is still suffering from the disappointing experience of only fourth in the London 2012 Olympic Games 10000m race. At the 2011 World Championships, he wasn’t even able to finish that race, although he bounced back that summer to run the fastest time in the world in 2011 at the end of the season in Brussels.

“Both last years were just a disaster,” he refected at a press conference in Nijmegen, where is staying with his manager Jos Hermens for a couple of days.

Tonight he will take watch the IAAF Diamond League meeting in Rome on television to see hwo some of the other Ethiopeans over 5000m. When they are finished, Bekele knows what he will have to do in the FBK stadium on Saturday.

“It was just an average race. I’m not in a top-shape at the moment but I think I can deliver on Saturday,” commented Bekele.

“In fact, I have had troubles since the Olympic Games in Beijing (where he won both the 5000m and 10000m titles). In November 2008, I ran a 15k race here in Nijmegen and, ever since, I have had to fight all kinds of injuries.

“My body didn’t respond well to the training programme. I didn’t have the speed and the strength that I had before; but I think this season will be better.”

Moscow could well be his last World Championships on the track. Bekele is now thinking about making his marathon debut next year. It’s not a final decission yet, but the 31-year-old is concerned time is running out.

“It will not be easy to run a 42k, nor to do the right things to prepare for it. But, just like Haile, I want the world record for the marathon.I don’t guarentee you that I will do it, but it’s not impossible.”

However, he doesn’t want to move over to just racing on the roads right now. “That wouldn’t make me happy after what happened last year. You shouldn’t leave the track because you lost.”

Bekele gave his warm support to the meeting organisers in Hengelo and asked the local authorities for their support.

The future of stadium that bears the name of the famous Dutch ‘flying housewife’ Fanny Blankers Koen, who was voted the Female Athlete of the Century by the IAAF in 1999, is in danger.

There are doubts about its future after a local football club said it planned to buy the stadium and remove the track.

“That would be a very sad decission. Nolt only because I run one of my world records here. I can do that everywhere; but the youth in Holland deserves a good stadium and a great meet, like the FBK Games. That gives them inspiration,” said Bekele.

His main rivals on Sunday will be the Kenyan pair of Augustine Choge and David Bett as well as Ethiopia’s Muktar Edris.

The Dutch audience will also have their own hero to cheer for, Churandy Martina, who will run the 200m in Hengelo.

Germany's World and Olympic Discus champion Robert Harting will also throw in Hengelo. He was supposed to throw at a German meeting of Schonebeck this weekend but that was cancelled due to flooding after heavy rains across much of central Europe.

Sweden's Abeba Aregawi will fly straight from Rome, where she races over 1500m on Thursday night, to race in the 800m, where she might be able to attack the national record of 1:59.44 that has stood to Malin Ewerlof since 1998.

In the 110m Hurdles, Bahamas'  2009 World champion Ryan Brathwaite will face South Africa's Lehan Fourie and US Olympian Jeff Porter. In the 400m Hurdles, South Africa's LJ Van Zyl will duel with run with the US 2011 champion Jeshua Anderson and Great Britain's 2012 European champion Rhys Williams. There will be an interesting battle, from a Dutch point-of-view, in the Pole Vault, with Rens Blom and Eelco Sintnicolaas in action.

Blom is the 2005 World champion, who gave up his promising coaching career to return as an athlete last year and has battled back from injury. Sintnicolaas won the 2013 European Athletics Indoor Championships Heptathlon and is an international standard pole vaulter.

In the Long Jump, Panama’s 2008 Olympic champion Irving Saladino returns to the track where he jumped a meeting and stadium record of 8.73m just a few months before his Beijing triumph. He will battle with Germany’s 2012 European champion Sabastian Bayer. 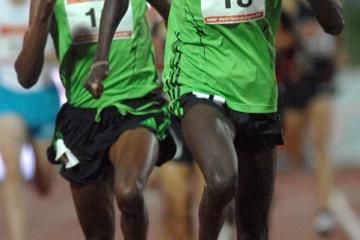 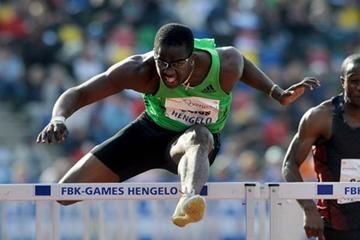