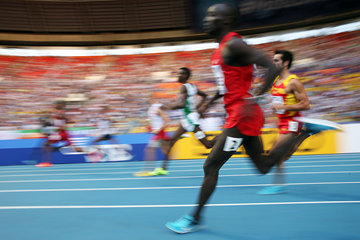 Kenya looks well equipped to take this title for the sixth occasion in the history of the championships and a 1-2 would also look to be a strong possibility based on the world lists.

Leading their powerful challenge is Willy Tarbei who edged Kipyegon Bett by 0.04 at the Kenyan world youth championship trials.

Tarbei’s winning time of 1:44.51 and Bett’s mark of 1:44.55 ranks them fourth and fifth respectively on the world youth all-time lists for the distance and puts them some way ahead of their opposition in Cali on current form.

Ethiopia will represent their strongest danger. They have entered three athletes (only two can compete) with African junior bronze medallist Temam Tura (1:47.93) probably the athlete with the strongest pedigree, joined by Omar Amano (1:48.44) and Aemero Yele (1:48.67).