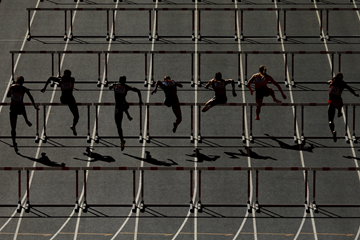 The 16-year-old has produced the two quickest times of the season, 13.20 in Havana in early June at the Caribbean Scholastic Invitational and 13.24 in the heats of the national youth championships on 30 June which she won the following day with 13.32, running against a -1.9m/s headwind.

Perhaps her biggest accomplishment of the season came in May when she successfully defended her Texas high school state title, one of the most fiercely competitive youth competitions in the US.

On paper, her primary challenger is South Africa’s Taylon Bieldt, whose clocked 13.27 at altitude at home in Bloemfontein. Thirteen days later she won the African youth title in Reduit in 13.30.

France comes armed with two potential medallists in Ilionis Guillaume and Sarah Koutouan, whose 13.32 and 13.40 personal bests, respectively, came in the same race in Cergy-Pontoise on 28 June, won by the former.

Meanwhile, Jamaica’s top hope to keep the title in the Caribbean island nation’s possession is Janeek Brown who made a big improvement to 13.29 when taking the Carifta crown in April.